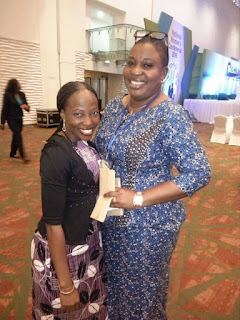 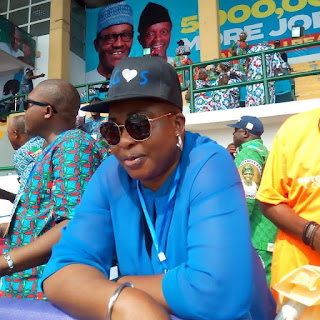 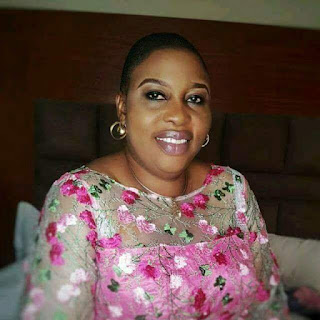 By Onaolapo olalekan Oduola.
MRS FOLASADE KADIRI BRINGS BEAUTY INTO IMAGE-MAKING
Give honour, they say, to whom it is due. Mrs Folasade Kadiri is truly deserving of honour. She is the Chief Press Secretary to Her Excellency, Mrs Bolanle Ambode, the wife of Lagos State Governor, Mr Akinwunmi Ambode. Among the 72 or more media personalities that work with state governors and their wives as Chief Press Secretaries in Nigeria, she has demonstrated herself to be an asset.
The Tall light in completion, beautiful, bold, Charming and down to earth Folasade Kadiri is an Assistant director, public affairs department in the Lagos state civil service. She is a workaholic person, goal getter, just want to ensure perfection in whatever she is involved in, very respected and love by many.
Truly, the role of an image maker is no piece of cake as it is riddled with intrigues. Many a member of society will not covet or pray for such a task. Some will even regard image makers as liars because of the sensitivity of the role. You know how hard it is to convince experts and specialists in your field. But this woman has been able to manage her duty well, even to the admiration of core professionals in the field.
While many journalists are full of criticisms, anger and disdain for some Chief Press Secretaries, they are rather appreciative of the professionalism displayed by Mrs Folasade Kadiri. Time and again, they have widely reported that this woman will usually respond to their enquiries, findings, investigations, requests, comments, need for clarification on any issue made by any medium, whether calls, texts or emails. This, according to their observation, is a far cry from the attitude of some other Chief Press Secretaries who don’t pick calls, don’t return missed calls and don’t reply text messages or emails.
This negative attitude deliberately or inadvertently exhibited by some Chief Press Secretaries is antithetical to the mandate of their profession. A Chief Press Secretary is the first port of call for his/her principal. When a person holding such a perceptive office is effective, the principal can rest assured that he/she is being seen in the positive light by the general populace and that his/her work is properly projected by the media. This genius is what Mrs Kadiri has brought to her principal, Mrs Bolanle Ambode.
By her endearing character, Mrs Folasade Kadiri has made her goodwill combine with the amiable nature and quality leadership of her principal. Many media professionals will choose to be at her principal’s event at the shortest notice. In fact, whether a journalist get an official invite to her principal’s event or attends simply because it is a state event, he/she will be allowed to cover the event. And she does not discriminate media stations based on popularity, everyone has a level playing field to operate. In turn, media men and women always ensure that the stories get viewed on television, listened to on radio and published on the pages of their newspapers, magazines and other media.
At this point, it is important to recall a personal encounter Trek Magazine now Trek Africa Newspaper had with her early in the days of the administration back in 2015. Trek Magazine wrote a letter of invitation to request the presence of her principal at an event. She didn’t mind the fact that the media organization is a fledgling one yet she called personally and responded that though her principal will not be around at the event, she will however inform the First Lady and promised that in the case of any future event, she will ensure that her principal attends, even if by representation. This display of competence and compassion has left an indelible impact on the media team and is proof positive that it is a character that has developed with her over time.
As her tenure with Mrs Bolanle Ambode rounds up come May 29, it is believed that she has bright prospects. Her successes with the Governor’s wife has recommended her for future benefits. Her down-to-earth, friendly and open-minded nature is a good quality that many incoming public officials are looking for. Who knows she may become the Chief Press Secretary to a President’s wife in the nearest future. Any public figure who needs a competent image maker should pick Mrs Kadiri and she will not disappoint.
On a final note, Mrs Folasade Kadiri is a pride to the journalism world and image makers' terrain. The fourth estate is delighted to associate with her. Young, female media personalities should emulate her for her demeanour and tact in discharging her duties. In four years, she has achieved what some CPS could not achieve in eight years.
at May 03, 2019