By Onaolapo olalekan Oduola
...remained a role model to African women
More work, they say, is the reward for more work. The giant strides of Her Excellency, Dr Idiat Oluranti Adebule, Deputy Governor, Lagos State ever since she came to public 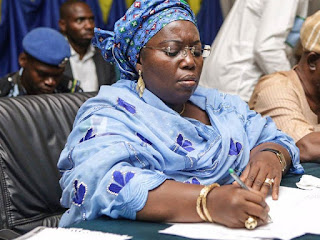 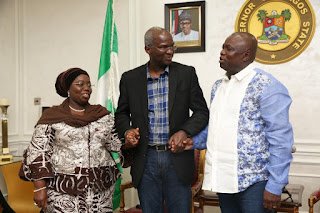 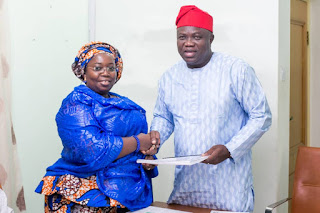 reckoning in 2005 is not about to end when she leaves the deputy governorship office come 29th May 2019.
The ingenious woman has surpassed expectation and received commendation home and abroad in the various roles she has managed as a celebrated public servant. Being the Deputy Governor of Lagos state, a state like a country, is big deal. And she has handled the position with tact and precision to the admiration of all and sundry. Her impressive track record as the second in command has surpassed many of her other deputy governors across the federation and she had represented her principal, His Excellency, Mr Akinwunmi Ambode exceptional well in all ramifications.
The Lagos' success story can’t be completed without mentioning the imprint of Dr. Idiat Adebule. She brought innovation, creativity and dynamism in the past and present administrations that has significantly impacted and enhanced public servants' attitude to work and service.
Dr. Idiat demonstrates intellectual depth, technical know-how and human kindness in her dealings in the prestigious office. She esteems people, listens to them, and is willing to address their issues to the best of her ability
While in the same capacity, she also did a yeoman’s job as the Commissioner of Education in the state. She brought her wealth of experience into the ministry by introducing far-reaching policies and programmes that has greatly impacted the lives of children in the public primary and secondary schools. Under her watch, there is regularization of the opening and closing of the academic year across public and private schools. This means that all over the megacity of Lagos, academic sessions open and close in all schools the same day, midterm breaks and other holidays are observed at the same time with relevant circulars passed to all education districts to effect the decision among other significant changes that has been implemented in her era.
Her ladylike attitude and disposition is exemplary and worthy of emulation by African women. Oluranti is a woman noted for her humbleness and piety. You do not need to be apologetic about your lifestyle if it is right, worthy, and of good character. In and out of office, Mrs. Adebule carries the prestige of a good Muslim and cultured African woman. She practices the dictates of her religion and enjoins others to live a lifestyle of total dedication to God.

The home front is well attended to in spite of her busy schedule. Mrs. Adebule is a loving woman to her husband, and a caring mother to her children. She has also extended her motherly nature to orphans, widows, and the needy holding them together in the bond of love couple with numerous humanitarian empowerment gestures.

Her community engagement in various spheres like the academic world, political space, and the Muslim Ummah and the state at large confers the optimism that she will continue to be relevant in the socio-political and economic development of the country beyond May 29. And who knows she may soon be considered for a federal appointment that will showcase more of her excellent leadership on a national scale.
at May 11, 2019