Few foreigners would feel so much at home in Nigeria as do Helges Samuel Bandeira, the Acting Consul General of the Brazilian embassy in Nigeria, and his wife. But then, a closer look would reveal that once you remove his skin colour and his slightly different accent, what is left of Bandeira is essentially African. He jolts into life at the sound of African drums! He could interpret the sound of the talking drum and pronounce many Yoruba words with almost the deep accent of a Yoruba man. Yet he has only been in Nigeria for one and a half years!

“I was appointed to Nigeria in 2018,” he said. “And last month, I became the acting Consul General. I studied Law in Brazil and worked as a lawyer for some time. I was also an entrepreneur and a teacher. I owned two language centres in the state of Santa Catrina. In 2014, I was admitted into the Brazilian diplomatic corps. I worked for some time at the headquarters in Brazil.

“My first mission was to Angola where I was the Head of the Mission for five months. It was a temporary mission. Then I went back to the headquarters in Brazil. I was appointed to the consulate in Lagos in 2018 and I have been the Head of consular services here ever since.”

Asked to recall his experience so far in Nigeria, Bandeira said: “I really enjoy living here. I think that Nigeria is a fascinating country. I think that the cultural differences from the different Nigerian states provide a very enriching experience to whoever visits Nigeria.” 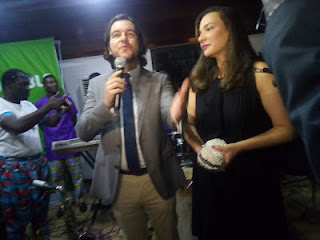