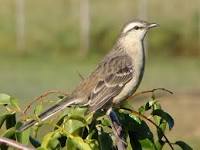 The NGIJ President, Wale Abydeen in a statement issued on Sunday in Yenagoa said the assessment was aimed at promoting accountability, transparency and good governance as well as strengthen democratic rule in Nigeria by performing watchdog role in the society.

Wale Abydeen hinted that the guild's members while in the state would interact with critical stakeholders including traditional rulers, security agencies, top government functionaries, labour leaders, political parties, artisans and others.

He added that 10,000 questionnaires will be administered across all the eight local government areas of Bayelsa State to assess the achievements and impact of Governor Seriake Dickson administration on the people.

The NGIJ President explained that the assessment became necessary as the governor is concluding his two terms tenure and in view of the forthcoming governorship election in the state.

Abydeen disclosed that the guild in August 2019 unveiled its Governance Assessment Report on administration of  Kogi State Governor, Alhaji Yahaya Bello at the Federal Capital Territory.

The Nigerian Guild of Investigative Journalists NGIJ is an association of journalists driven by the thirst for professionalism and agenda setting role of the media to make government more accountable to the governed. Its objectives include stimulating the culture of investigation and deep research in journalism to help democratic process and political choice.

The NGIJ will progressively beam its touch on other states with upcoming elections to feel the pulse of the people. The NGIJ is a registered entity under the relevant laws of the Corporate Affairs Commission in Nigeria.
at September 09, 2019