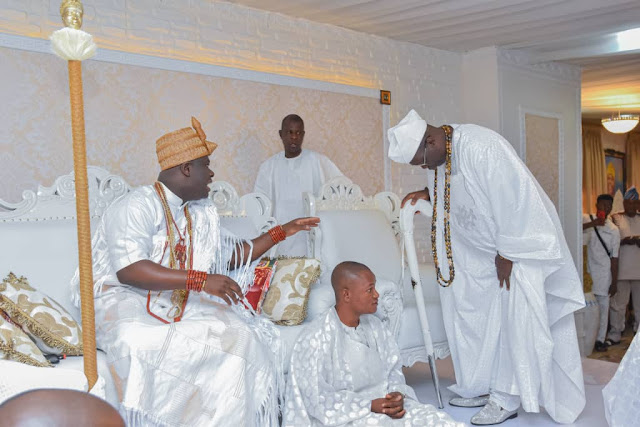 The Aare Onakakanfo of Yorubaland, Chief Gani Adam on Thursday paid homage to the Arole Oodua & Ooni of Ife, Ooni Adeyeye Enitan Ogunwusi Ojaja II, as he led other descendants of Oduduwa in the celebration of the annual Oduduwa Festival.

In his words, Aare Adam described the Ooni as the only monarch with the seal of Oduduwa, expressing that he holds the foremost African traditional ruler in a very high esteem as his father.

"As the Arole Oduduwa, all descendants of Oduduwa must bow in respect for the highly respected throne because he is the father of all. I respect him so much because he is my father and I will continue to do so." Gani Adam explained.

While acknowledging the Ooni for his relentless efforts towards uniting the descendants of Oduduwa, Aare Adam expressed his joy over what he described an improved level of unity in Yorubaland which he said was fully displayed in the formation of the South-West Security Network, also known as Operation Amotekun recently. 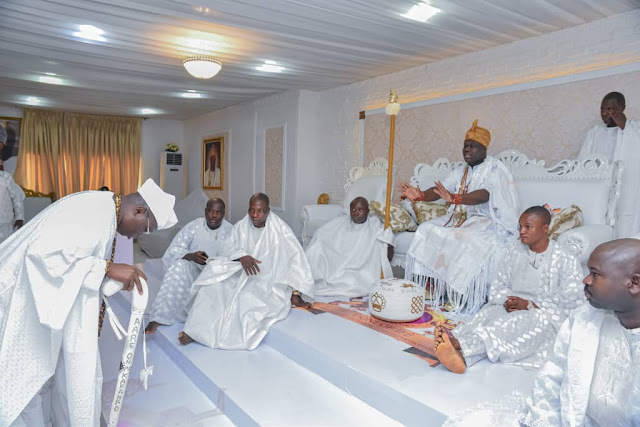 "Let me commend Kabiesi, the Oonirisa, the Alaafin of Oyo and other prominent Obas, leaders of socio cultural organizations, civil society groups and individuals for supporting the crusade for Operation Amotekun.

"The events that played out during the crusade for Operation Amotekun clearly indicated  that the Oduduwa blood truly flow in our veins.

"When the issue of Amotekun came up, I made my position known to the world, without minding whose ox is gored. I said it clearly, that whoever that is against the initiative was an enemy of our race.

"It shows that in unity, everything is possible. So I am using this opportunity to appeal to all the state legislatures to do the needful by legislating the initiative giving it the necessary legal backing. When this is done, we can be sure of winning the war for a better future." Gani Adam noted.

While addressing the cheering crowd, Ooni Ogunwusi who is the natural head of the entire House of Oduduwa worldwide described the descendants of Oduduwa a section of which is called Yoruba as uniquely different people created by the Most High God.

"Take a close look at our people, their conducts and lifestyle anywhere in the world, you will agree with me that we are uniquely different. No matter where we find ourselves, we are pace setters and that is the value we must continue to uphold.

"What we need to add to our uniqueness is love, let us love ourselves and others in order to record more wins. I am confident that if we live in love and unity, we will soar above whatever challenges that may confront us.

"I hail the courage of Aare Ganiyu Adam for his commitment especially in terms of resources to ensure the consistent celebration of Oduduwa festival annually. May God continue to bless him and other members of the Oodua People's Congress, Oodua Progressive Union, as well as all descendants of Oduduwa across the world." The Ooni noted.
at January 31, 2020