My good people and elders sentiment aside OPERATION AMOTEKUN is a good initiative in a system where government shows injustice and lack of fairness openly, I am not a Yoruba man but when we see the truth we have to to say it boldly.  Should Nigerian people seat down helplessly and allow dreaded Armed Bandits Herdsmen to kill them like animal? The answer is NO, as a Northerner I want to tell you that our problems as a people is leadership/injustice, if the Herdsmen were to be from Southwest, this federal  government under President Buhari will have DECLARED them Terrorist.

I equally salute the uncommon unity and indefatigable courage of the Southwest Governors and good people of Yoruba Land shown so far, while I call on Mr Abubarka Malami SAN the Minister of Justice to refrain  and withdraw his earlier declaration of Operation Amotekun as illegal, and urgently call for peaceful harmonization of the program, which is genuinely interested in complementing the efforts of the nation's security agencies such as Nigeria Police, DSS, NSCDC and others in providing  community policing assistance on intelligence gathering and information tips on dangerous evil areas and nooks of Yoruba Land, specifically against all dreaded criminals, not mainly the fulani armed bandits alone but zero tolerance for all forms of criminality in the Southwest for the overall good and welfare of all inhabitants living in Yoruba Land, precipitating our unanimous resolve to provide  all technical supports and information to the Operation Amotekun when fully operational.

Most unfortunately our Northern elders and some bought over youths are only creating problem for us with their misguided and provocative utterances and inciteful actions, especially those of us living outside the North. I always say kudos to these serious minded people who are very much ready to honour and consolidate on this important component on their social contact with their electorates,  my advice to our Elders and Youths is that they should stop arming youths with guns, drugs and other dangerous ideologies after being used for political and religious wars, they will be dumped and end up becoming a threat to the government and communities at large.

In anything we do justice and fairness should be our GUIDE. Thanks may Allah continue to guide and protect Nigeria's integrity. 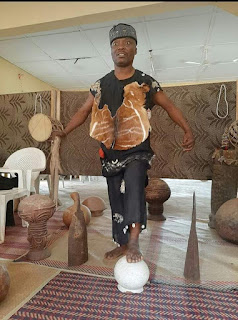