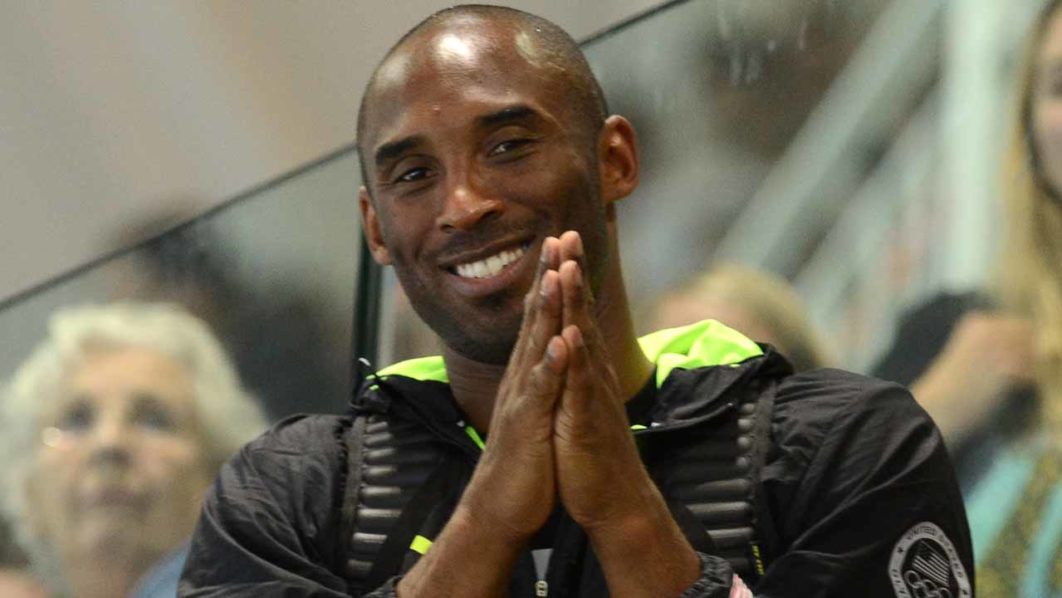 (FILES) In this file photo taken on August 04, 2012 US basketball player Kobe Bryant reacts as he watches the men’s 4x100m medley relay final during the swimming event at the London 2012 Olympic Games in London. NBA legend Kobe Bryant died Sunday in a helicopter crash in suburban Los Angeles, celebrity website TMZ reported, saying five people are confirmed dead in the incident. Christophe SIMON / AFP
NBA legend Kobe Bryant died Sunday in a helicopter crash in suburban Los Angeles, US media reports said, in an accident confirmed by police that left five people dead.
Los Angeles County Sheriff’s officials said there were no survivors from the morning crash in foggy conditions on a hillside in Calabasas, west of Los Angeles.
The helicopter was described as a Sikorsky S-76, Federal Aviation Administration spokesman Allen Kenitzer said.
TMZ was the first US outlet to report that Bryant was among the fatalities. The NBA icon’s death was later confirmed by ESPN, CNN and the Los Angeles Times citing unidentified sources.
TMZ reported that Bryant’s wife, Vanessa was not among those on board the helicopter.
Early reports of Bryant’s death sent shockwaves throughout the world, with fellow stars and celebrities expressing disbelief at the news.
“This can’t be true,” Dallas Mavericks star Luka Doncic wrote on Twitter. “No please.”
The crash came only hours after the 41-year-old former Los Angeles Lakers icon was passed by current Lakers star LeBron James for third on the all-time NBA scoring list in a Saturday game at Philadelphia.
Bryant’s final post on social media had been a tweet congratulating James on surpassing him.
“Continuing to move the game forward @KingJames,” Bryant wrote. “Much respect my brother #33644”.
Bryant was a five-time NBA champion in a career that began in 1996 straight out of a high school and lasted until his retirement in 2016.
He also was a two-time Olympic gold medalist, helping spark the US squad of NBA stars to titles in 2008 at Beijing and 2012 at London.
at January 26, 2020