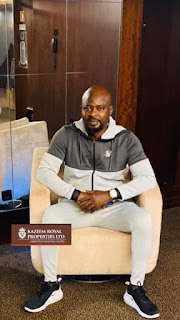 Since the dawn of history, mankind has honoured and respected brave and honest people, this may take up the above statement as the leadership of Lagos State Online Media Publishers sets to meet and honour Ambassador (Dr.) Prince Kazeem Eletu Odibo, a philanthropist who double as the Chairman, Kazeem Royal Properties and Prince Kazeem Eletu Odibo Foundation.

In a statement released by the executive chairman, Adeyemi Obadimu, he said: "We at Lagos State Online Media Publishers have concluded plans to have a friendly media chat, as well as honour an humanitarian and  a philanthropist, Ambassador (Dr.) Prince Kazeem Eletu Odibo

"We need to make it clear that Lagos State Online Media Publishers under my leadership consists of young and intellectuals who have passion for publicity. However, this group of talented guys are bound to feed the general public with great men and women who are doing good for themselves and the nation. We are never partisan in our choice of politics, religion and social approach.

"Furthermore, Ambassador (Dr.) Prince Kazeem Eletu Odibo proactiveness and drive for success, love for the people, creating opportunities and interests to train and empower young Nigerians earned him this honour. We would love to meet him, ask him certain questions and feed the public with great things they are yet to know about him."

However, the media chat and honour will be bestowed on him later this week at his famous white house.

Ambassador (Dr.) Prince Kazeem Eletu Odibo has seen it all in the world of Real Estate. Kazeem Royal has he's famously called by his admires, hosted his annual football competition, which the 5th edition final was played few days ago.
at January 14, 2020