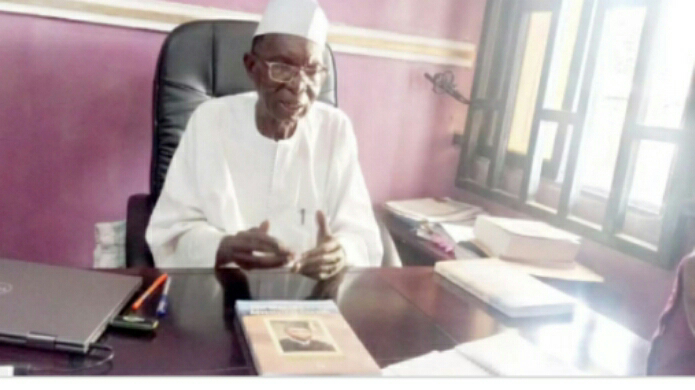 Prof. Aminu Mohammed Dorayi: Abusite Who Drove a Car from London to Kano in 24 days.
Professor Aminu Mohammed Dorayi is a renowned educationist, an elder statesman, distinguished Abusite and respected professor of Chemistry. He is a former president of the ABU Students Union Government (SUG) for 1966/1967 and the man who set up the Sharada Industrial Estate in Kano and organize the first trade fair in Nigeria.
He is also a Record-breaker who broke a world record by driving his Peugeot 504 from London to Kano, a distance of about 4,000miles, in 24 days.

Birth and growing up

Professor Aminu Mohammed Dorayi was born in Kano on November 16, 1942. His father was an educated and trained medical personnel, who interacted with doctors and nurses of British origin. His father, along with the British Medical personnel, set up the then Kano City Hospital. His father was influenced by his colleagues and he made sure that all his children were educated, which was not the norm.
So, Aminu and his siblings grew up as educated children and subsequently, educated elites. According to him, Movement from primary to secondary school was easier because the students were fewer and the vacancies were available.
Professor Aminu Mohammed Dorayi grew up in Dorayi Quarters kano, which was behind the hospital and initially started as staff quarters for nurses. It was alongside Zango, which was a craftsman and artisans (in metals and woodworks) quarters.
Further down was Zage Quarters, which was famous for dye pits. The young Aminu Mohammed grew up going to school and interacting with children from these quarters, which according to him, gave him “dual experience and value”.
He said, growing up for him was a mixture of education in the elitists’ scene as well as mixing with the children of artisans and traders. Like every Muslim parent of that period, his parents ensured that he and his siblings attended Qur’anic school. After the western school in the afternoon they will proceed to the Qur’anic school.

Professor Aminu Mohammed Dorayi started his education at Kano City Primary School. He said, At that time, there were only four or five primary schools in Kano city; one at emir’s palace; one at the Alhassan Dantata area; there was one in Shahuci (near the hospital), where I went to; there was one at Gidan Makama and another one in Tudun Wada. There were few people going to school, and so the schools were also few.
Education was structured at that time, you would do primary school in two stages. He did classes one to four in a separate Primary School and classes five to seven in Kano City Primary School
After primary school, considering the fact that he was a prize winner in Mathematics in elementary school, understand the English language and was technically and mathematically inclined, he was selected to go to Government Technical College, (later named Government College) Kaduna.
There, the young Aminu Mohammed Dorayi met other children from other parts of Northern Nigeria and white British teachers for the first time. A strange but interesting experience different from his primary school was taught by Nigerians, Kano people.
at January 28, 2020