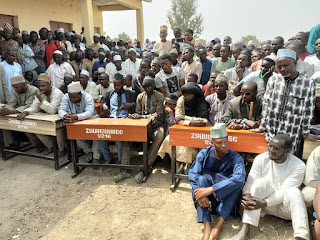 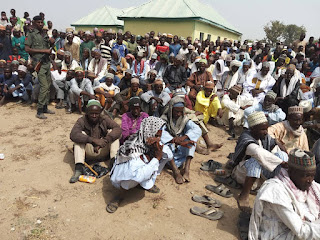 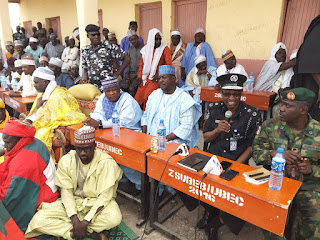 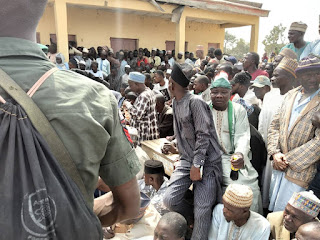 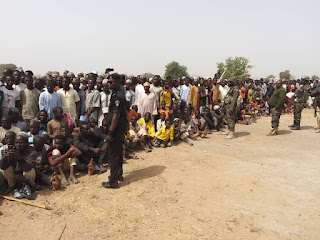 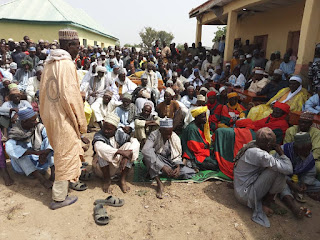 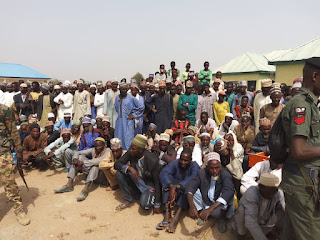 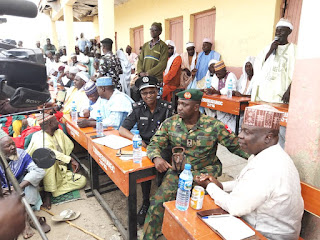 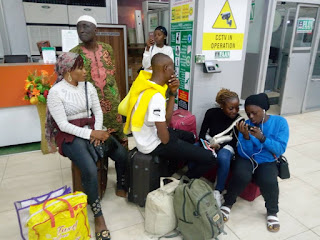 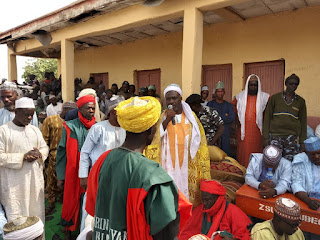 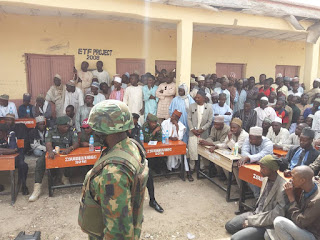 In an effort to sustain the  relative peace restored following the ongoing peace and reconciliation in Zamfara state. Today 21st January, 2020, the Zamfara peace committee headed by the Commissioner of police CP Usman Nagogo psc + met with critical stakeholders in Bindin district, Dansadau Emirate of Maru LGA.
The meeting is a follow up to series of peace building engagement already started to address the lingering security challenges in the state.

The  interaction was however organized following request by some leaders of the repentant bandits in Dansadau Emirate under the leadership of "Damina" to meet with the peace committee and other critical stakeholders to find a lasting peace in the area and the state in general.

The Emir of Dansadau Alhaji Hussaini Umar thanked the state government and the  security agencies especially the commissioner for police their doggedness in the restoration of peace in zamfara state and urged the committee to sustain the tempo.

In his remarks, CP Usman Nagogo expressed confidence in the ongoing peace process in the state and called on warring parties to abide by the terms and conditions of the peace pact. He appreciated Damina and other leaders of the  repentant bandits for their resolve to  embrace  peace process and also to dealing with recalcitrant bandits who refused to tow the line of peace in zamfara state.

The representative of His Excellency and also the Commissioner for security and Home affairs, Alhaji Abubakar Dauran (Justice) highlighted some of the achievement recorded in the ongoing  peace process in Zamfara state and includes the return of peace in the state which led to the unconditional release of 525  kidnapped victims and surrendering of sophisticated weapons to the peace committee . He assures the warring parties that sincerity and Justice will continue to be the guiding principles of this peace process, he also promised  of Governor Mohammad Bello Matawalle's Commitment to get rid of the security challenges that bedevilled the state for over a decade.

Repentant bandits such Damina, Wadalle and Mohammadu Bello spoke extensively and assured the peace committee of their total resolve to accepting the ongoing peace process wholeheartedly. They called on  the people of Dansadau Emirate who deserted their houses and farmlands to go back and continue with their legitimate business.

On the other hand, the residents of Bindin and environs who stormed the venue of the meeting expressed happiness with the security development in the area and called on the repentant bandits to keep to their promises of peace and security in the area.

The same peace building interaction will be sustained in due course.