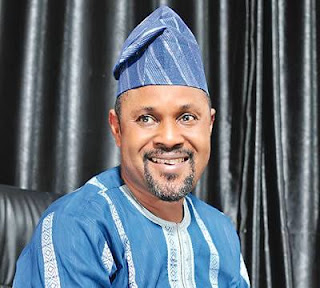 The Nollywood industry stars have confirmed attendance to the United Nations 75th Anniversary flag-off and peace talk in Lagos on Friday, 14th Of February, 2020. The likes of Ambassador Saidi Balogun, who is an ambassador of peace, Dayo Amusa, to mention a few have confirmed that they will be honouring the event with their presence.

The attendance of Ambassador Saidi Balogun is no doubt a required one as one of the core aim of the event is to promote peace in the society and being an ambassador of peace, needs to be in the event to address youths especially on embracing peace

The event, set to hold at INRI Evangelical Spiritual Church, owned by Popular Prophet,Primate Elijah Ayodele who is a United Nations Ambassador for peace too, will also play host to several dignitaries across the globe.

According to reliable source, the keynote speakers for the day include Governor Godwin Obaseki and Governor Babagana Zulum while Governor Kayode Fayemi will declare the event opened.

Similarly, Governor Sanwoolu will be flying the flag of the United Nations while Ooni Of Ife, Sultan Of Sokoto will be the royal fathers of the day.

Also, the President of the United Nations World Peace, Ambassador Per Stafsen, Ambassador Dr. Chinedu Anthony, the country director of South Africa will be in attendance.

It would also be recalled that sometime in 2019, Primate Elijah Ayodele was honoured by the united nations and chosen as an ‘Ambassador for peace’ due to his impact in the world and the several roles he has played in being a peace maker.

Furthermore, sources revealed that on February 14, Primate Elijah Ayodele will be honoured by the United Nations and given a diplomatic plate number and a diplomatic I.D Card.

Also, Primate Elijah Ayodele, known for his philanthropic acts, will on the flag-off ceremony empower several categories of people. He stated that he will be giving out 1,000 Jamb forms for free to students who wish to proceed to study in higher institutions and also empower 1,000 youths and widows.
at February 11, 2020