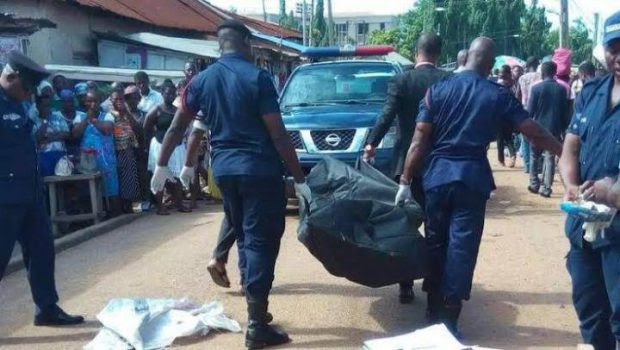 •By Dare Ojelade, Lagos
An armed robber has fallen victim of the dreaded thunderbolt, Magun, losing his life after raping his victim, The Gazelle News.com can report.
The man, The Gazelle News.com gathered, robbed his victim but his eyes could not resist her nakedness, hence proceeded to rape her.
The robber, 28 years of age called Gbaga, started rolling on the floor after having forced sexual intercourse with the lady.
He later started demanding for water.
The Gazelle News.com reports that the woman ran out to seek for help but before help comes, Gbaga had given up the ghost.
Gbaga, The Gazelle News.com reports further, gained entry into the woman’s room and parlour self-contained apartment at Ori Okuta in Agric area of Ikorodu around 3am in the early hours of Thursday, 27 February, 2020.
One locally made pistol and charms of various sizes which the armed robber came with was recovered at the crime scene.
at February 28, 2020