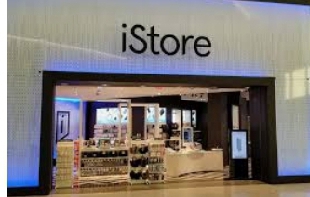 Whether in Nigeria or global technology space, Apple iPhones are assumed to be superior to Android and other phones in terms of security and privacy, as such, more difficult to breach by either hackers or law enforcement agents. This is one of the main reasons iPhone users pay a lot more. In fact, Apple devices are known to be incompatible with general phone accessories just to ensure device security. And aptly, Apple focuses it's marketing on this key area.

However, the case has now proven to be the opposite and the extra spending appeared wasted currently.

This revelation came from a forensic detective Rex Kiser who works with the Fort Worth Police Department, US.

In an interview, Kiser said: “Right now, we’re getting into iPhones during investigation. A year ago we couldn’t get into iPhones, but we could get into all the Androids. Now we can’t get into a lot of the Androids; modern Android phones are now actually harder to break into than equivalent Apple devices."

"That’s not to say that these Android devices are unbreakable. It requires a different, more labour-intensive process to access", the detective noted.

This is supported by a look at smartphone cracking company Cellebrite’s effectiveness at breaking into different phones. Upon some tests, Cellebrite can now easily open up any iPhone X or earlier iPhone, but the same software used on a Google Pixel 2 or Galaxy S9 extracts very little information and nothing in some instances.

A recent report in The Washington Post also argued that Apple's secretiveness has backfired, with the result that you can't tell if a company or an intelligence service has breached an iPhone's security.

Many Nigerian iPhone users who spoke to TheConscience at the popular Otigba market, computer village area in Lagos during the investigation expressed serious concerns and fears in view of prevalent cyber attacks on mobile phones lately.

Caroline Maduka who uses an iPhone XS said she's deeply worried about the news and discovery, adding that the reason she pays more for iPhone for many years is stronger security and privacy. She added that she was currently using her fourth iPhone product.

Dayo Olapade, a mobile phone dealer urged Apple and iPhone dealers and handlers to quickly up its game as customers are already asking questions on the issue.

"In the last couple of days, many customers have asked questions about this security breach and weak points on iPhones. Apple must scale up security and privacy function on iPhones to reassure users who are currently worried."

A mobile phone technician who also confirmed the fears said he hopes that Apple do the needful quickly.

iStore is the local authorised dealer for iPhones in Nigeria
at February 28, 2020