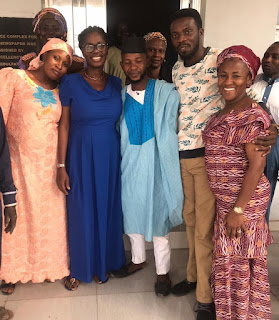 The National Union of Printing, Publishing and Paper Products' Workers (NUPPPPROW) of Kwara State Printing and Publishing Corporation (The Herald Newspapers) has cautioned against imposition of new acting General Manager on the media house.

In a statement issued by its Chairman, Abdulrasaq Ahmed Abiodun, the union said it cannot recognize The Daily Editor, Mr Yomi Adeboye, as the acting General Manager of the newspapers, because he is neither a full fledged nor contract staff of the media house.

It said Mr Adeboye was only employed in September 1st, 2016 as part of the repositioning of the three state owned media houses under the sole administratorship of the former Senior Special Assistant to the former state Governor, Dr Muyideen Akorede.

"Our attention has been drawn to a ploy by some external forces to foist a non-staff member as the Acting General Manager of The Herald Newspapers contrary to an earlier directive from the Executive Governor of the state, His Excellency, AbdulRahman AbdulRazaq, that the most senior officer should take over as the General Manager in acting capacity.

"Some individuals have even gone ahead to name the Daily Editor of The Herald Newspapers, Mr Yomi Adeboye as the acting General Manager on social media platforms. For the avoidance of doubt, Mr Yomi Adeboye, is neither a full fledged nor contract staff of the media house. He was only employed The Editor in September 1st, 2016 as part of the repositioning of the three state owned media houses; namely The Herald, Radio Kwara and Kwara Television under the sole administratorship of Muyideen Akorede, P.hD.

"We want to caution those behind this move to be guided by the staff list of The Herald Newspapers, which clearly shows that the most senior officer is the Director of Advertisements, who is currently on Grade Level 17.

"With this clarification, it is lucid and unambiguous that the needful had been done in The Herald Newspapers as exemplified at Radio Kwara where the Director of Programmes, Mrs Tina Olaoye (on Grade Level 16) had since assumed office as the acting General Manager of the Radio Station.

"Our belief is that what is good for the goose is good for the gander. We want to therefore appeal to the authorities to prevail on those behind this confusion to desist from creating crisis where there is none. Staff of The Herald Newspapers are peace loving and would not want to be seen causing crisis", the statement said.
at February 23, 2020