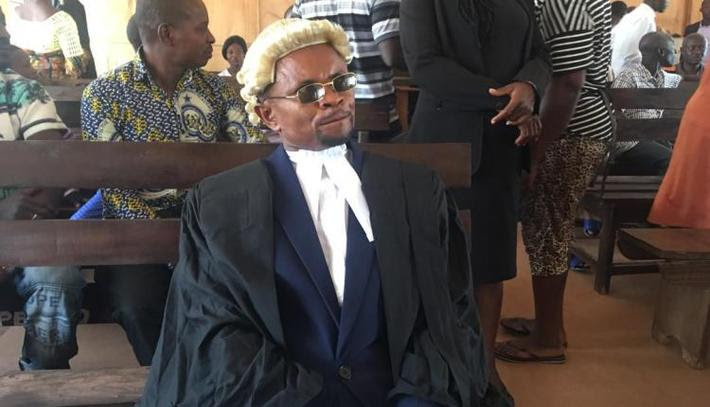 A daring man, identified as Iddrisu Yahaya who appeared in court, properly clad in lawyer’s garb, all confident and poised to seek bail for his supposed clients ran out of luck and got arrested upon the orders of the judge of the Techiman Circuit Court where the drama unfolded.
According to Ghana crimes, Mr. Yahaya was in the court to seek bail terms for four accused persons who had been charged with robbery, kidnapping, and murder in Atebubu last Wednesday.
As is usually the case, he had charged and duly collected a part of his legal fees amounting to GHC 25,000 from his ‘clients’ so as to act -literally- as their lawyer.
While seated in court with superior airs and all, His Honour Mr. Alexander Graham who was presiding over the circuit court called for his arrest while alerting JoyNews’s correspondent in the Bono Region to witness, take pictures and report according.
This after the self-styled legal practitioner while trying to convince the judge on why his clients must be grated bail, exhibited his ignorance in the legal terminologies to the shock of His Honour Mr. Alexander Graham who wondered where he studied his version of the law.Upon further interrogation, it was realized that the suspect in question was a teacher but claimed to be a lawyer and could neither mention the name of one of his mates nor when he was actually called to the bar.
In one breath he claimed to have been called to the bar last year September and in another instance said he was a third-year law student who was yet to be called to the bar.
His conflicting accounts gave credence to the fact he was fake and therefore was whisked away by the police to commence investigations into his claim. He is currently assisting with investigations at the Techiman Divisional Police Command