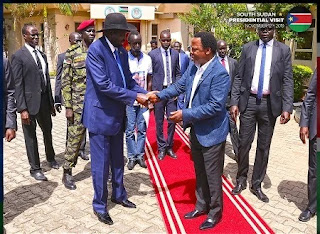 President Salva Kiir has taken a significant step in the establishment of lasting peace in the world’s youngest nation of South Sudan by agreeing to return the country to ten states plus three administrative regions. 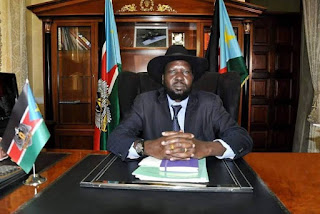 Deliberations over the number of states had reached a gridlock with the deadline for a unity government to be formed – February 22nd 2020 – drawing ever closer when Kiir chose to compromise for the sake of his nation.

Kiir made it clear his decision may not be popular among his own tribesmen but was taken “to restore peace and unity” in South Sudan.

President Kiir clearly chose to heed the advice of prominent Nigerian Pastor TB Joshua who visited the nation in November 2019 and publicly prayed for peace at the Presidential Palace in Juba.

“Time has come for us to put our differences behind us,” Joshua counselled Kiir in an address to the nation with South Sudan’s civilian and military leaders in attendance.

“Our leaders, we should overcome our divisions and agree to work together – for the good of this country,” he stressed, insisting that “peace has no price”.

“This country is going to enter a New Year, a new beginning - whether you like it or not,” he equally declared, revealing he was speaking prophetically.

Kiir’s decision was hailed as a decisive moment in the nation’s young history with the leader receiving bipartisan praise for putting the peace of his nation above any personal or ethnic interests.
at February 15, 2020