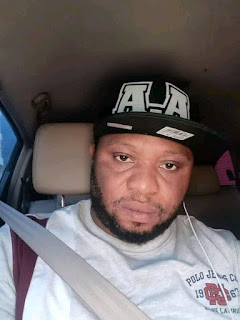 Tell us a brief background about yourself?

My name is Prince Ajele Abeyi Abayomi  a transport provider and member of the National Union of Road Transportation Workers Lagos state branch and Managing Director A &A Motors.

How long have you been in the business of transportation in Lagos state?

I started as a bus conductor and this is over 25 years now. When I was in secondary school, I started as a conductor and i grew up from there as' Danfor Driver' and later become a owner of ' Danfo bus' for commercial operations. After my secondary school , I relocated to the United Kingdom to continue my studies at the University of Braford where I bagged a certificate in Healthy Living. In 2003, I came back to Nigeria to settle down and started my transportation business as a registered company with A & A Motors. 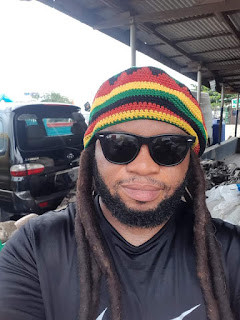 Recently Lagos state Environmental Task Force demolished Ecomog park, What is your take as a branch chairman of the park?

The  Lagos State Environmental Task Force came to serve a  Notice of Quit at this Ecomog  park, I was not around but on the next day, I heard on the national news that some hoodlums  and miscreants were selling drugs around the park which contravenes the law of the land even as a branch chairman and  registered transport company in Lagos state. 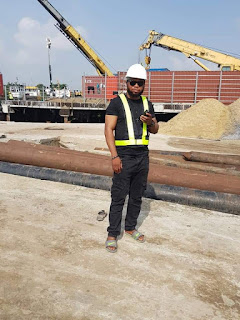 While the agency failed to mention in their reports that there are five government agencies that occupied the park; LASTMA, NVU, VIO LASGA and Nigerian Police which was   not given a mention in the report.
The Ecomog and NURTW members felt so bad for the incident. As a transporter,  particularly  transporters operating from Ecomog park are corporate service provider with brand names across the country and west African coast. Ecomog Park, is the most peaceful and organized metropolitan  park adjacent to the first terminal railway station at Mile2 Lagos which has  never recorded any inform of violence and criminal before. 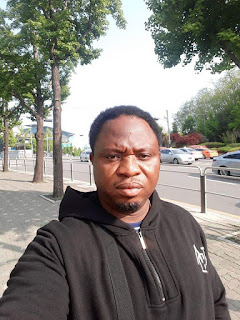 The transport operation in Ecomog specializes in  inter state  travel and plies west African countries. While for as a member of the NURTW is a dent to our name  as corporate entity that we have hoodums and  miscreants who sell drugs around the park which the members are not comfortable with.

Meanwhile, NURTW Authority pleaded with the state government , the Executive Governor of Lagos State Mr Babajide Sanwo-Olu as a listen governor, he acknowledged our yearnings.

For now, the governor issued a park where will be carrying out our legitimate operations for our passengers. This a kudos to  the governor. Specifically, we have been allocated a space within the parrk. we are expecting the state representatives architecture for 3000 Square metres promised to be measured and crafted out for the purpose of Ecomog park operation.

What is your relationship with people around you?

First, I give thanks to God. As they say  'fear of God is the beginning of Wisdom' In anything you do in this life, Put the fear of God first. With the fear of God, you can know how to manage and relate with people. Whatever, you want to do for your fellow being today, prosperity will speak for you that been my guide in relating with people in life.

How much have you lost since demolition of the Ecomog park?

I can only speak for myself here and being a transporter, I have a lot, I live by loan. Most of the transporters get buses through loan to starts a business, For A & A motors, an estimate lost of amount since the demolition of the Ecomog Park worth of N50 Million. The demolition has cripple down the business activities and affecting monthly generation.

Abule Ado Tragedy how would  you narrates the story?

What happened on Sunday, 15th March 2020 in Abule Ado. It was black Sunday in Lagos, Nigeria. For anyone who visited the site,  I have never seen such in my life like a war zone. I have a property their which is adjacent to Bethlehem Girls College. The gas explosion badly destroyed most properties particularly my property, my wife seriously injured has one of the victims now she getting better and respond to treatment and stable for now It was a big tragedy.

What has been step of government so far?

I want to appreciate the governor of Lagos state and his team for quick response. The committee has been set up by Mr Babajide Sanwo-Olu headed by deputy governor Dr Obafemi Hamzat. On the same day, he deposited N250 Million for them to raise N2 Billion for victims of Abule Ado Relife Fund.

The previous days, the Governor's Forum paid condolences visit to the state and the site of the incident led by Dr Kayode Fayemi Ekiti state where N200 Million donated and Zenith Bank through its social responsibility also pledged sum of N100 Million and some other private entities contributing toward the relief trust fund for able Ado. In respect of this, the people in charge do the needful for the property owners, those lost their lives and the victims injured in the incident.

Finally what do expect government should do for the victims?

Looking at the magnitude of the gas explosion,  destroyed properties worth billions of Naria. The committee headed by Dr Obafemi Hamzat had some government agencies and community leaders ; Baale of Soba, CDA chairman and a representative from Catholic Church.
My advice for the committee is to properly channel the resources to the affected victims. Also, the names of victims, residents and business operators  and property owners have been collected for proper documentation and planning.
at March 26, 2020