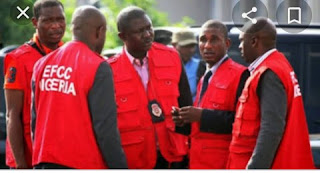 In a statement issued in Lagos, Mr Olanrewaju Suraju, HEDA's Chairman said: "We had expected that the appointment of Mr Odey Oyama, Chairman of the ATF in November 2019 would help to protect the Cross Rivers communities from the dangerous inhuman activities of illegal loggers. However, the resignation of Mr Oyama shortly after appointment was as shocking as the serious allegations contained in his resignation letter."

According to the statement, the ATF Chairman resigned on March 27, 2020, alleging the "consistent interferences in the operations of the ATF by other agencies of Government; without any attempt at joint consultations or synergy. In particular also, the total lack of security cover over all the field staff and operatives that had been deployed by ATF into strategic positions all over the State."

In the resignation letter, directed to the State's Governor, the ATF Chairman cited various instances of corrupt practices, including that: "whenever consignments of timber are impounded, the Chairman of Forestry Commission and the Special Adviser (SA) of Afforestation appear at the scene for the purpose of issuing counter instructions for the release of the consignments. Curiously, their action is being carried out without any documentary evidence or authorization from the Governor, who initiated the operations of the ATF."

Referencing an ATF Report of March 2020, the resigned ATF Chairman cited an instance where three trucks carrying an estimated 1,928 pieces of timber resources illegally logged at Biajua community in Boki local government was apprehended by the ATF at Nde community of Ikom local government. However, he said, Mr Bete Obi, Chairman of the Task Team set up by the Commissioner for Climate Change, misled a military team to interfere in the activities of the ATF at that location with the intention to intimidate officials of the ATF; the ATF Chairman had to notify the Brigade Commander who then ordered the entire military team to vacate the location, he said.

Mr Oyama added in the letter with evidences, how Chief Undiandeye, Chairman of the Forestry Commission, issued a letter with fake attachments to the Area Commander "for the release (to accused persons) of a large consignment of illegal timber products and three trucks which were kept under the custody of the Police Area Command at Okuni."

Mr Oyama also raised the issue about lack of appropriate security architecture for the operations of ATF which has made it possible for the undue interference by unauthorized persons and security agencies. He decried the absence of security cover for all field staff and operatives which has led to cases of brutal attacks and physical injuries on volunteers and special agents of ATF who were deployed into strategic monitoring positions in the state.

Mr Suraju therefore called on the EFCC and Governor Ayade to shine the spotlight on the circumstances surrounding the resignation of Mr Oyama and the serious allegations that have been raised forthwith, urging the investigation of the situation and prosecution of offenders as well as to ensure adequate recovery of the State resources lost to the illegal activities.

HEDA also urged Governor Ayade to harmonize the respective agencies and commissions saddled with the responsibility to protect the biodiversity and forest resources of the state with a view to ensuring adequate care for and protection of the forest resources and communities. HEDA further urged the Cross Rivers State government to increasingly sensitize all relevant stakeholders on the importance of forest preservation, and implications of illegal logging and illicit trading in forest resources to the State.