How Okafor, Others Used Me For Fake Miracles, Woman Speaks 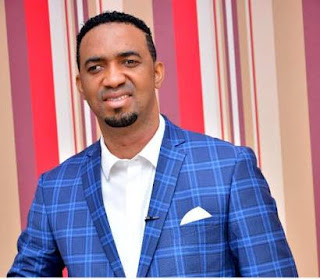 Daily, one is confronted with the truth in the timeless saying that ‘religion is the opium of the masses’ rings true, especially when one considers the desperation of those assumed to lead the people to God.

44 year old woman, Mrs. Bose Olasunkanmi who was arrested by the Inspector General of Police Intelligence Response Team in Lagos said, Pastor Chris Okafor and other pastors used  her to perform fake miracles

Bose, who is an indigene of Osun state narrated her side of the story revealing how she was used by a popular Pastor in Nigeria, Chris Okafor and other pastors to perform miracle in his church. She pointed that it was one Fatila Musa who introduced her to the business, after she had an accident that affected her left hand and leg.

"Fatila saw my hand and told me she would take me to some churches so that I can make money. I was curious and at the same time happy. I requested how and she taught me how I will act and do the needful. In 2018, she took me to Radiant Army Deliverance Ministry at Ogba, Lagos, under the leadership of Pastor Tony Anthony. Fatila gave me a sum of nine thousand naira after the first performance", she said.

According to Bose Olasunkanmi, Fatila took her to the Mountain of Liberation and Miracle Ministry at Ojodu-Berger, Lagos which was the last church she  became instrumental to fake miracles by Pastor Chris Okafor.

She said, "When I got to Okafor's church, he called my name and I went out, "I have never seen him before but Fatila had given him all my details before our arrival. After the service, Fatila gave me #10,000 as my working fee. She later called me and told me that one brother, Henry from Pastor Chris Okafor's Church would give me N400,000. She sent Henry's mobile number to me and i called him. Apparently, Henry asked for my account details and he credited me the money".

"Henry noted that he sent the money to me because my condition was pitiful. He does not want me to be involved in fake miracles again, he told me that the money must be used to rent a shop and an apartment", she said.

Pastor Okafor claimed her hand was paralysed after she fell from her bed and they brought her to the church. Bose pointed that she wasn't aware of the story from the Pastor. She told journalist that Okafor came up with the entire story because the truth is, she was used for fake miracles in his church.

She said, "In fact, I am ready to take the police to all the churches because I am tired. All the pastors should be arrested. I can confront them with everything I just said. They cannot deny that they don’t know me. I know I have made a mistake doing this, but I am tired. I regret doing what I did".
at March 25, 2020