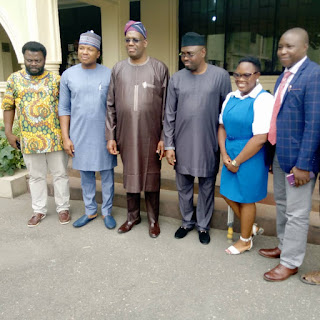 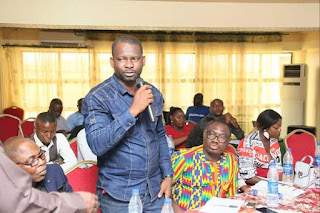 He made this known at a 2-day summit which began in Uyo, the Akwa Ibom State capital on Tuesday also drew a strong link between corruption and economic and political injustices

The summit with the theme Corruption and Nigerian Youth: A review of United Nations Office on Drugs and Crime's Second Survey on Corruption in Nigeria 2019 was organized by the Human and Environmental Development Agenda, (HEDA Resource Centre) with the support of United Nations Office of Drugs and Crime, (UNODC), the MacArthur Foundation, National Bureau of Statistics, (NBS), TUGAR, Ptcij  among many and the National Orientation Agency (NOA). 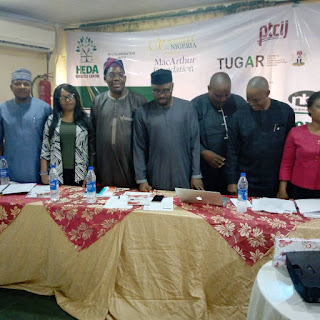 This is against the background of increasing youth involvement in illicit ambitions and acquisition of funds and assets mostly through cybercrimes, many times prompted by their parents. The trend has continued to negatively affect the image of Nigerians in the international community. Billions of funds are stolen in Nigeria through cyber-related crimes, many perpetrated by young peoples

HEDA Chairman said "we bring together stakeholders with the focus on young people. Critical for us is the need to have young people taking over the campaign against corruption. We seek good governance and transparency in Governance as conditions for peace and prosperity in Nigeria."

He said to fight corruption, Nigeria needs to put the political and electoral system in order. He said Nigeria remains a classic example where corruption continues to stunt the country's economic and political renaissance. "It is for us to bring young people around the table to have the conversation on how to make Nigeria corruption-free,"Suraju said


Speaking at the event, Mr Ridwan Sulaimon, Nurudeen Ogbara and Dr Adebusuyi Adeniran made presentations on corruption and the younger generation of Nigerians. In the participants' recommendations, the delegates called for high moral values and ethical standards among Nigerian youths to deal with the country's floundering moral fortunes while Professor Shehu Abdullahi of UNODC said young people should take an exceptional responsibility in the collective campaign against corruption

"Ethics and integrity content should be introduced to the Nigerian educational curriculum which should go alongside functional and productive education," participants said urging Nigerians, especially younger people to take active roles in exposing and shaming those who take or give bribes.

The participants noted the need for technical assistance and sharing of information among stakeholders to increase the capacity of younger people in the anti-corruption campaign.

The summit urged that the social and correctional centres should be truly remedial by creating a paradigm shift to a system where responsibilities will be given to youths to take responsibilities, make mistakes and learn through the curves

The participants noted further that "Younger people should collaborate with stakeholders to checkmate cybercrimes and ensure perpetrators  face the law. The social reform centres should be truly corrective, responsibilities should be given to youths to make mistakes and learn through the curves."

The Music, Nollywood and the art industry were also urged to reflect the best of Nigerian indigenous ethics instead of promoting and celebrating a tradition of impunity.

The summit was attended by people of diverse background including but not limited to the UNODC, Economic and Financial Crimes Commission, (EFCC), National Orientation Agency, (NOA), Nigeria Labour Congress, (NLC), the Independent Corrupt Practice and Other Related Offenses Commission (ICPC), Akwa Ibom State Police Command, Policy Alert, Technical Unit on Governance and Anti-Corruption Reforms (TUGAR), Code of Conduct Bureau (CCB) amongst other youth-based groups and the media, many of who gave their solidarity messages.
at March 04, 2020