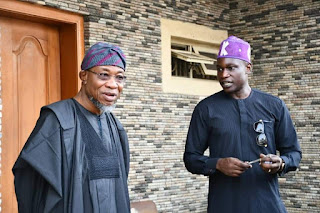 Yoruba socio cultural group, Coalition of Oodua Self determination Groups (COSEG) has described the former governor of Osun state and minister of interior ,Ogbeni Rauf Aregbesola as God sent politician that is consistently providing quality service to the people.

This commendation was given by the
Coalition of Oodua Self Determination Groups(COSEG) in a press release issued on Monday in Lagos signed by Ifedayo Ogunlana and Dele Daramola the chairman and publicity Secretary of the group respectively ,while  felicitating with Ogbeni Rauf Adesoji Aregbesola as he clocks 63.

According to the group" we on behalf of COSEG join your family members nuclear and extended,  your numerous friends
across all regions of Nigeria,party faithfuls, various Oranmiyan groups and other socio cultural groups to felicitate with you as you clock 63 on Earth".

COSEG while acknowledging ogbeni's roles in ensuring peace and protecting Nigerians from evils as he continues as minister of interior, also commended his special roles in president  Buhari's commitee against covid19 and  the group also recalled his fantastic role in promoting  Yoruba culture and ensuring peace in  southwest of Nigeria during his reign as the Osun State Governor.

Continuing" as you continue to play a solid role in ensuring Nigerians move around without molestation or attack from armed bandits, robbers and we also acknowledge your wonderful role you still play as you join your other committee covid19 council members as  established by president Buhari shows the trust and believe the president has in you to bring succor to Nigerians at this auspicious of pandamic time in the history of the world at large and Nigeria in particular.we pray that Almighty continue to give you more intellect to continously paddle this huge responsibilities bestowed on you which you have shown you are more than capable to navigate"
"We have always shown our appreciation for the unmatchable roles played by you in promoting our tradition and culture despite your enormous believe in your faith and religion while you were the Governor of Osun State,we think this must also be mentioned that
You were the only governor in the southwest states of Nigeria who has promoted our tradition and culture to the utmost appreciation of the yorubas. This is a special focus for tomorrow and as such we cannot forget you as this  history cannot be erased".
The group however enjoin governors of the south west to take a cue from the roles played by Aregbesola while in office.
"We wish other southwest Governors of today  learn from this because our tradition and culture is our pride. The OMOLUABi ethos you reinvigorated and promoted are still models and modules operandi of today astute Yoruba man".

The group also said they recalled vividly the unforgettable  roles played  by Ogbeni Rauf Aregbesola when he was the commissioner for works in Lagos State as they maintained that his records as 8 years commissioner have never been surpassed by any commissioner after him. The group said "Since you left as commissioner of Lagos State,works and infrastructure, your prints,marks and records have never been surpassed. This was a time when Roads and other infrastructure in your care were evenly and massively distributed that so many a time you were described as the best commissioner. All these we recalled because you have done well, still doing well and you have not run away from your pact with the ordinary people of Nigeria,the oppressed and the poor.
You have maintained over time your continuous accessibility to all, low and Noble without any discrimination.
This has seperated you from those who became commissioners, Governors and ministers and there and then became unaccessible. This great virtue,quality and conducts of yours must be emulated by others in position of authority. They must see and learn from your example that power is indeed responsibility not only to the elites but also to the downtrodden. Yours have been attested to  by low and mighty".

The group having acknowledged various numerous roles thanked, president Buhari, Bola Ahmed Tinubu and the people of the south west Nigeria for bringing this great man to the fore and thereby prayed for him to live long. The group said
" We thank Asiwaju Bola Ahmed Tinubu,president Buhari and the Osun people by extension the Yorubas for bringing this great man to limelight.We also thank them for the belief they have in him. Without these mentioned people, nobody would have known that there is Rauf Adesoji Aregbesola anywhere ,whose capacity ,confidence and records are unbeatable of recent. We therefore pray for ogbeni Aregbesola,the man called Oranmiyan to live long and enjoy the fruit of his labour while also praying that Nigeria of his dream will be accomplished".
at May 26, 2020 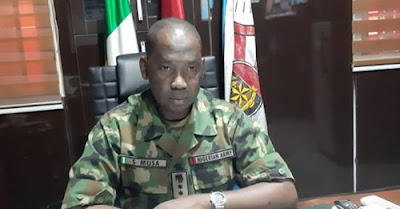