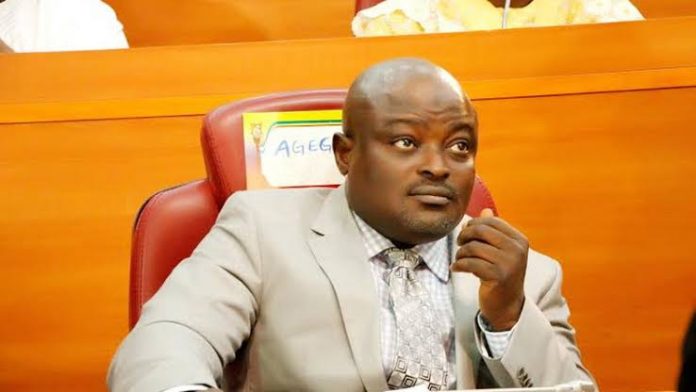 The chairman of the Conference of Speakers of State Legislatures in Nigeria, Rt. Hon. Mudashiru Obasa, has expressed hope that the recently signed executive order for the autonomy of Houses of Assembly will not be a challenge to governors.
Obasa, who is also the Speaker of the Lagos State House of Assembly, said this during a recent edition of Journalists Hangout on Television Continental where the executive order signed by President Muhammadu Buhari granting autonomy to the state legislatures and judiciary was discussed.
Speaking through a phone call, Obasa noted that the governors were carried along in the journey leading to the approval by the President. He added that he was optimistic that the autonomy would be beneficial to the states.
Below is the interview session:
Q: We can move the country forward in the spirit and letter of the constitution, right?
Yes
Q: Do we expect all 36 of you to be on the same page?Exactly, we are already. We got to this stage because we had been in support of this from the beginning. Let me remind you that there was alteration to the constitution and the process to that was after a review of the National Assembly, certain percentage of the Houses of Assembly had to support the review and that was what led to the alteration of the section 121(3) of the constitution as amended which are now talking about.
Thereafter, Mr. President set up an implementation committee, which I happened to be a member. There were representatives of the judiciary, the Attorney-General of the Federation and the SA on Legislative Matters to the President, Senator Ita Enang. We all agreed and came up with a report which was submitted. We all went to the President and submitted the report. Speakers also visited Mr. President recently to appeal to him to speed up the executive order which we finally received as a gift on Sallah day. So we are all in it together.
We also met with the Governors Forum and a committee was set up by the governors which was headed by Governor Waziri Tambuwal. We met once with the committee before the announcement. So I think we are all in it and it is going to be beneficial to the governors, the speakers and the people of this country. So, I don’t think the governors should see this as a kind of challenge because even the constitution has always made provision for the legislature to be independent of the executive. It is just like putting effect to what we have in the constitution already.
Q: Does that mean you don’t expect a fight-back from the governors now?
I don’t think there should be a reason to fight over this. The judiciary, legislature and the executive should just have understanding. The constitution is so clear about all these. The executive, the judiciary and the legislature have their own interests but there is a connection according to the provisions of the constitution in the sense that the chief judge of a state has to be nominated by the executive and sucjh has to be given backing by the legislature and that also has to be proclaimed by the governor. So we must learn to work together with understanding.
Q: There is a child of circumstance in the whole mix and this is the local government chairman. Is he likely going to enjoy this autonomy very soon?
We believe so. But our take on this, since we practice federalism, is that the tiers should remain two – the centre and the states – while the local governments remain under the states. I think we can strengthen our local governments. The observation made earlier that some governors are taking money away from the local governments can be managed through the state laws and supervision at the state level.
So, there are all kinds of elections in this country and we do not want a situation where the centre would influence the local governments when it comes to elections like it happened during Chief Olusegun Obasanjo’s regime, when he withheld Lagos state’s allocations. We don’t want situations where local governments would be set against states. We can manage it on the state levels.
at May 31, 2020