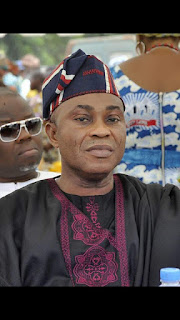 A Federal Commissioner of the Federal Character Commission, Hon. Abiodun Isiaq Akinlade, has described that the death of four prominent and renewed political community and religious leaders in Ogun, Lagos and Ondo states as a great loss for the Southwest region.


Akinlade explained that he received the news of deaths of these great personalities unexpectedly because they all left this world at a time their states and the nation as a whole need their wealth of experience most.

As the deaths of Prof. George Akinola Ogunpola, Chief David Adeyemi Coker, Prof. Oladipipo Akinkugbe, and Senator Adebola Osinowo (Pepperito) were announced on Monday, Honorable Akinlade stated that the departed were great sources of inspiration and role models in public service with their modest lifestyles, loyalty and commitments to duties.

He stressed that these statesmen distinguished themselves with excellent services to their immediate communities, states and Nigeria at large by contributing immensely in education, health, commerce and industry sectors.

He mentioned that Pa. Akinola Ogunpola legacies left while he served Ogun state and the nation as a foremost educationist have continued to be the reference point to past and present public office holders in education sector.

Speaking on late Chief David Coker, who also served as a commissioner for Commerce and Industry alongside Pa. Ogunpola between 1979-1983, the Federal Commissioner described Chief Coker as "a man full of humor and words of wisdom, a man who is loved by old and young."

While reacting to Prof. Akinkugbe's demise, Biodun Akinlade said Nigeria and the world have lost a man who distinguished himself in areas of medicine and academics. He described Prof. Akinkugbe as a great teacher whose knowledge has impacted hundreds of thousands of young and old scholars in area of medicine.

The Baba Adinni of Yewa land described Senator Osinowo as humane, humble and a symbol of consistent and loyalty. He said Lagos State and Nigeria has lost a vocal voice of the grassroots whose political journey has been to be the voice of his people as a legislator.

He, therefore, expressed his heartfelt condolences to the deceased families and associates while praying that "God grant those left behind the fortitude to bear the irreplaceable loss.
at June 16, 2020