BOY!!! Your Instrument Is Not For Destruction. 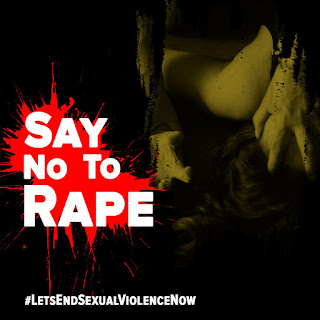 It was a Tuesday morning and I gave birth to this baby, the cry of my own baby definitely melt my heart.
I was wheeled back to the female ward of the hospital. Shortly after that friends and family started trooping in to say “Congratulations “.  The nurses on duty that day must have had psychological torture thinking of how they could control the troops that visited. My younger sisters Omolara and Eniola who were by my side throughout my labour and delivery did a lot of work in announcing to the world the good news, not even my plea to rest will stop them from making their calls. I listened with rapt attention to how they reminded themselves of who and who they’ve not called. Well I bore with them because I could imagine how overwhelmed they must have been with joy seeing their sister given birth to her child after five years of waiting to have one.
Well, if you think that is the story then it’s not......
The story started from the Labour room where I was delivered of the baby, as soon as I heard the cry of the baby, I heaved a sigh of relief...the midwife who was cleaning the baby said “madam, congratulations for having a bouncing baby boy” I could remember asking her if her congratulations was because it’s a baby boy or because I gave birth safely. I suspect my question must have jostled her, because she paused for some seconds before she could respond that the Congratulations was meant for my delivery. Most of the calls my sisters made or  received were on speaker, Whenever friends and family received the information, the next question will be “ki lo bi?” Meaning “what is the sex of the child”? Immediately they are informed that it’s a boy, the shouting spree that followed were simply unimaginable! Sometimes my sisters will have to lift the phone far away from their eardrums to prevent damage.
Yes, that’s the premium and value Africa and it’s tradition place on a “BOY CHILD”
In my IG LIVE  interview with Erelu Bisi FAYEMI, the Firstlady of Ekiti State and the Chairperson of Firstladies’ committee against Gender based violence, I asked her if she thinks culture and tradition has contributed to Gender Based Violence?! Her response stated how beautiful African culture is but her observation on how African Parents will kill goats to celebrate the birth of a boy but kill chicken to celebrate that of a girl might sound hilarious but it depicts the reality that gives sense of superiority to a BOY CHILD in Africa over a GIRL CHILD. In all honesty “most” parents train their BOYS to feel superior in everything, even the GIRLS are trained to understand that they shouldn’t talk wherever and whenever a BOY is talking, this is an atrocity unknowingly being committed by African parents against a girl child and they have also unknowingly encouraged the BOY-CHILD (men) to commit atrocities.
In line of duty, I’ve come across so many cases of rape, that I could deduce sense of superiority or Ego has led the men to committing offenses of sexual violence like rape and defilement...I have seen where a boy who had tried to woo a girl to no avail organized his friends to gang rape her because he believed it’s an insult for a girl to tell him NO, so in order to teach her a “lesson” to respect “BOYS”, they will gang rape her! Hmnnn!!!!
I’ve also seen where a boy/man due to his Ego of territorial control had forcefully raped a girl because of his belief that a girl is an object to be used and not valued.
Recently we have seen a surge in rape cum murder! There have been so many schools of thought to what must have led to that....but I will like to say African tradition especially that of Nigeria is very beautiful but until we stop this culture of making men feel more important than women, until we start placing on GIRL CHILD same value we place on BOY CHILD we may continue to record rape cases. Until we let the boys/men know that they are not in anyway superior and should let go of superiority complex and territorial control we may not be able to end Gender Based Violence.
Parents should also press it on their boys that their God bestowed Instrument between their thighs is not meant to wreck havoc, they should be sensitized to understand that it should be an instrument of honour that should be pleasurable to the receiver and not that of destruction and dishonour to be forced on opposite gender. The BOY CHILD (men) should be made to understand that there are consequences for perpetrating RAPE! Under the Laws of Nigeria, a rapist will live behind bars for the rest of his life......UNTIL CAMPAIGN AGAINST RAPE STARTS FROM HOMES, FROM PARENTS, FROM GUARDIAN WITH SCHOOLS INCLUSIVE, I AM AFRAID THE JOURNEY TO ENDING SEXUAL VIOLENCE MAY BE A MIRAGE!