D’Banj In The Public Toilet (2), Let’s Bring The Koko Master Out -By Peter Thomas 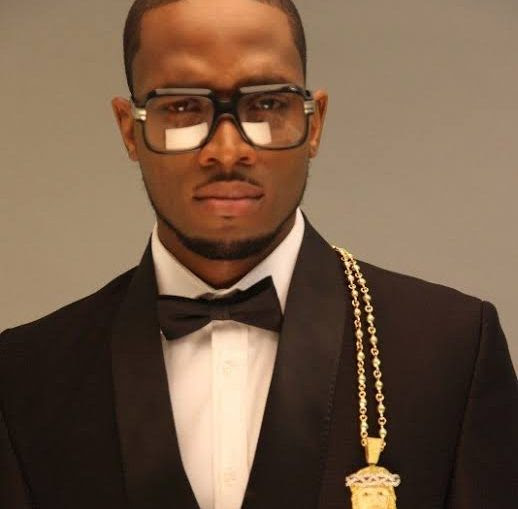 We all must stand 100.1% against RAPE or any form of sexual molestation. It’s important to note that,A MAN SHOULD ONLY BE CONDEMNED WHEN EVIDENCE(S) ARE PROVIDED AND SEEN THAT THE MAN ACTUALLY COMMITTED THE CRIME OF RAPE, until then, let’s cut the dude some slack.


Let’s bring him out of the toilet. We all MUST ASK to see evidences before we throw the supposed dirty baby away with the bath water. We MUST STOP throwing D’Banj under the bus until proven guilty as charged. We all must wait for the court judgement before we strip the man off of his honors .We must think twice before we make the accused to eat shhht over some cock and bullLet’s bring the Koko Master out of the toilet that we have consciously or subconsciously locked him with our acid tongues,damning eyes and unpleasant thoughts since the bird sang that a familiar stranger invaded her privacy.It’s been her hypnotizing vocals against his muted beat. Please don’t get it twisted, I’m not harping and rapping that the spirit of the biblical Delilah’s working and speaking through her but, we must keep in mind that D’Banj stepped on toes in the line of business, , broke some ladies hearts by not allowing them to carry his baby, nor be amongst the Top Ten Kokolets.The Ladies Magnet has bruised the egos of the jealous guys that lost their babes to him.And high-flying individuals that seems to have everything like D’Banj ALWAYS have enemies: Some are UNFORGIVING and will go to any length to get revenge.He’s simply a victim of bad advisers who made him to use the police wrongly to arrest and detain his accuser instead of dragging the matter to court, first and foremost. So, please, until the court judgement, let’s bring the Koko Master out of the stinking toilet ! 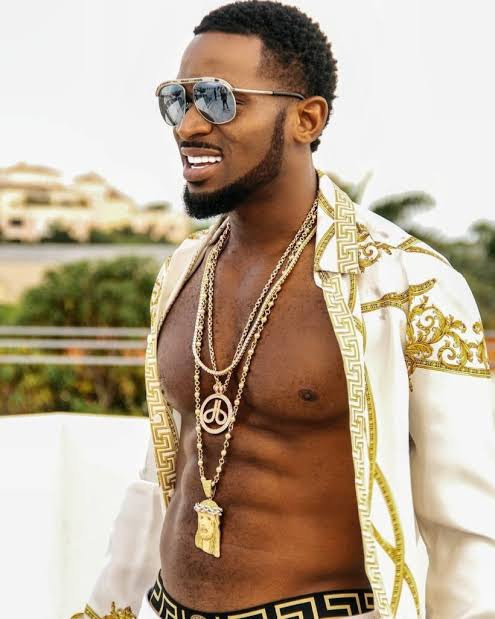 You must read this… . THE D’BANJ I KNOW:
” Tact is knowing which door to enter and saying the right thing at the right time. A lack of this quality has the same effect of an axe on an embroidery frame, and can lose you more friends than any social disability. ”
The above quote aptly describes what the embattled man in the mirror is suffering from: Lack of tact. Plain and simple.**You know him as D’Banj, I’ve always addressed him by his first name, Dapo. The Dapo I know is warm, kind-hearted, cultured, well-mannered and would “stoop low” to conquer challenges. So, it’s shocking and embarrassing news to me that he would be involved in a rape. Rape? Why him ? The Dapo that we have a tight history together would not associate himself with a rapist, talkless of soiling his reputation with one.** The Dapo I know on sensing an ugly report about him would be worried, restless that it must not get into the press because of his unbelievable fear and respect for his parents and would not want anything that would make them want to scold or reprimand him for tarnishing their name. He would always tell you, “I treasure my good name. A good name is better than gold and diamond. Baba, anything that will soil that name don’t let it come to me. ”So, the Dapo I know, would by now ( even before it gets into the headlines ) have paid a surprise visit to her at home and sweep her parents and siblings off of their feet with enough ‘swags’, smiles, warmth and postrations. He would have begged publicly to salvage his name and reputation.**That’s why I’m a bit doubtful he wholeheartedly involved self in a mess like this. Why? He would have begged her privately, passionately and publicly. It doesn’t cost him anything to say, “Please, I’m sorry. Forgive me.” He’s not only a charmer, he’s a talk-and-do. He wouldn’t bring her loads of flowers to appease her because it’s really not an African thing but he would go with appreciable gifts for her and the family. He would go with emissaries to beg on his behalf and would do anything on the spot to make the aggrieved lady in question confess in front of her family that, “I have accepted your apologies. I’m allowing bygone to be bygone.From my heart, you’re forgiven. ”**The Dapo I know would not use the police to arrest or intimidate a Kokolet, for what? The Dapo I know would not allow the indecent incident to get to the police station, talkless of a law court ! Something must have really gone wrong somewhere, somehow, somewhat, for him to have resorted to such forceful arrest and detention by the cops, that hasty and wrong move must have been triggered by the “textbook Managers” around him. Even when a longthroat Kokolet stole about $2,700 when he was still a bachelor, he DID NOT order for her arrest, DID NOT allow his aides ( house helps) and police escorts to beat or teach her a lesson. He simply put on his charm ( ing smile), cajoled her to return the money, that half the money was hers, why would she be stealing part of the money he wanted to give her for transport fare? Being a talk-and-do, he gave her $1,300 and told her the $100 is to be shared by the people who didn’t rough handled her nor allowed her to sneak out of the gate.**The last time I was with him was shortly before he secretly wedded his mainsqueeze (due to instructions from his parents).He’d invited me to his house to share the news of his endorsement deal with Sean John Combs aka P Diddy as the official African brand ambassador of Diddy’s alcoholic drink branded Ceroc. He served me from the customized giant-size bottle (about 3′ to 4 ft tall) He intimated me on how he wants me to handle the media and publicity, that the next weekend is when he would be unveiling Banky W as one of the brand ambassadors in Nigeria.. To show you how he revered his parents, (a deacon and deaconess): he told me there’s a snag, “I don’t know how Diddy would react to me as a business man. I cannot pose in public or take pictures or do advertisement of this ( Ceroc ) drink. My parents especially my dad would disown me. And I don’t want to lose this deal… .” Name,fame or money ? Till date,he would not endorse any alcoholic brand.
So with these sketchy flashbacks of when he was young, wild, free and single, he DID NOT RAPE any of his legion of female fans aka Kokolets and Mamalets, it is now that he’s happily married with a wife to die for that he would use a master key/card to unlock from the outside an already locked door from the inside and barged in without any earlier appointment or previous agreement or pre-arrangement to hook up in the room for the “after-party” ?Where in hell did he get the key/card into an already occupied room? Who slipped him the key/card ?What could have prompted friends to suddenly turn to fiends? Let’s work it out and get the dude out of the sticky situations, the messy shhhht ! 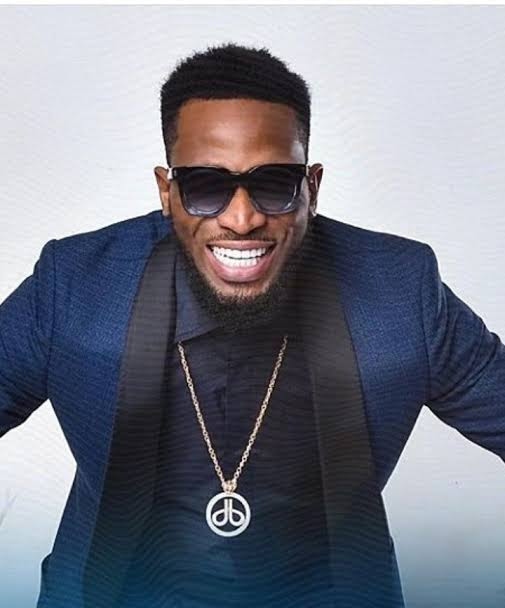 Here’s the difference between DAPO & D’BANJ:
Dapo is the quiet, church-goer, smart musicpreneur trying to turn anything and everything around him into money like the typical Ijebus. Due to his hectic schedules daily, you’re sure to find in his ubiquitous personal handbag, notebook and pen plus customized pad for jotting down , What To Do Today. What I Need To (Have) Achieved Within 30 Days. Have You Helped 7 Peeps Today ?Dapo is the one that sits by himself, deep in thought while nibbling away at his finger nails absentmindedly. A loss to manicurists. Dapo can safely be described as an undercover agent of God and Jesus Christ. How?
The church-loving Dapo stopped attending church because of the distractions from the fans. However, whenever his dad or mom’s marking or celebrating birthdays, by fire, by force he must be at their side in church. Outside that, you would not catch him in any church except he went their with his mom or dad or both. To make up for his “self-exile” from the church and inability to go on a long fasting due to his new lifestyle as the kokomaster with an image of the sex symbol, constantly dissipating energy on and offstage ,he devised a solo strategy cum personal relationship with God,that’s instead of fasting for length of days, he would stay 21 to 40 days WITHOUTSEX !, Yes, you read right, he would go CELIBATE for three straight weeks or 40 Days without any sexual relationship ! Chances are, most times you see him being playful and shouting, ” Kokolet ! Mamalet !” and doing all his sexy body gyrations onstage and offstage,dude’s FASTING, sorry, in CELIBACY.Meanwhile, D’Banj is the Afrobeat-Popper, the happy-go-lucky, humorous, caregiving, playful, energetic entertainer that throws his money at the less privileged especially orphanages. He really has a soft spot for children without parents. There’s one or two orphanage homes he regularly services and students on his scholarship. D’Banj is the dapper dresser, the libido throbbing Kokomaster with the mind of an MBA, Chivalrous ? Yes, chivalry is one of the Oyinbo things that stuck on him while in the UK. He would open the door for any Kokolet he’s meeting or taking home for the first time. He would kiss their hands, treat them like queens. He would not deliberately hurt his Kokolets because they constitute his fan base and his music and artforms revolves around them.
at June 24, 2020