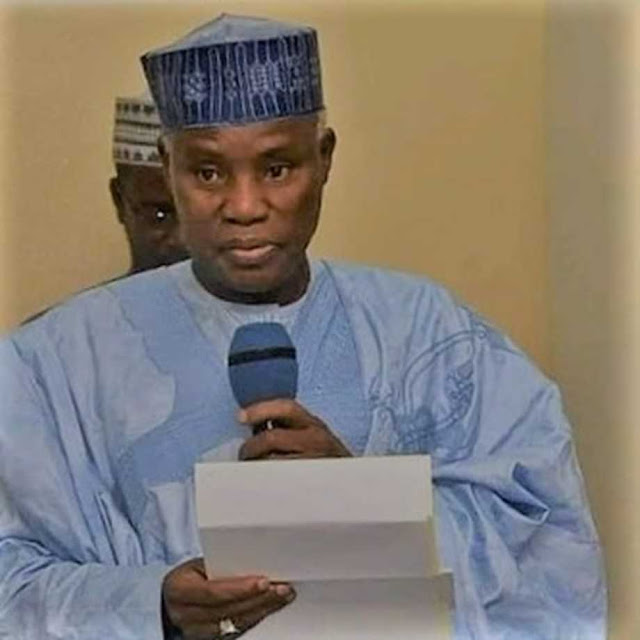 The Minister of Defence Maj Gen Bashir Salihi Magashi,( Rtd) has described  death as inevitable  and  a leveler for all the creatures of  Almighty Allah .     Retired  General Magashi stated this while on condolence visit to the  Gwarinpa, Abuja Residence of the Permanent Secretary, Ministry  of Defence  Sabi'u Zakari.

This followed the  death of his wife, Hajia Aisha Zakari whose demise occurred  on Sunday, 07/06/2020. The Minister prayed for the repose of the soul of the wife of the Permanent  Secretary whom he said lived a fulfilled  life. He prayed Almighty Allah to grant the deceased an abode in Jannat and grant  the family  the fortitude to bear the loss. Special  recitations  from the holy Quran  were chorused at the instance of the Minister  who was accompanied  by Senior Military Officers, the Directors and  his personal aides. At the end of the prayer for the family, the children of  the late Aisha were formally introduced to the Minister who urged them to emulate  the exemplary   life  of their mother and sustain the legacies she left behind.