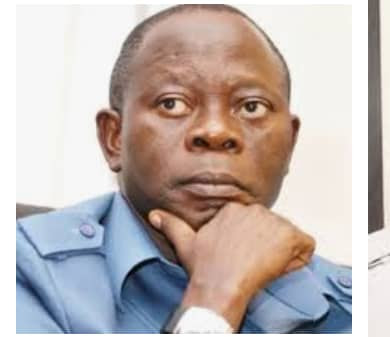 After scuttling Governor Godwin Obaseki’s chances of seeking re-election on the platform of the All Progressives Congress (APC) by unjustly disqualifying him through his proxies in the party’s screening committee, the suspended National Chairman of the APC, Comrade Adams Oshiomhole, has resorted to execute a proxy war in Governor Obaseki’s new party, the Peoples Democratic Party (PDP), through Omoregie Ogbeide Ihama, who is an aspirant for the PDP ticket.

Oshiomhole’s unrelenting battle against Governor Obaseki, it was gathered, is being funded by a popular Benin billionaire, Captain Hosa Okunbo who, though has denied involvement in politics, continues to lead a dollar-lubricated campaign against the governor’s reelection.

Impeccable sources reveal that the billionaire has vowed to spend up to his last penny to actualize his dream of stopping the governor from continuing in office.

Okunbo’s grouse, it was learnt, has to do with the loss of his $133m Secure Anchorage Area (SAA) contract operated by Ocean Marine Solutions, for which he blames the governor.

“Oshiomhole may have shifted the battlefield now. He has moved the attack on the governor to the PDP, as he is scared that the governor stands a good chance of retaining his seat with his new party. If the governor should be re-elected, Oshiomhole’s political career is as good as gone. That is why he is throwing everything into the battle to destroy Obaseki.”

He continued, “Already, millions of dollars have been deployed in the fight against the governor. Captain Okunbo has vowed to spend more resources even if it meant getting to his last dime to bring the governor down.”

Another source, who is close to the inner workings of the dalliance between Oshiomhole and Ogbeide-Ihama, said the battle is strictly a do-or-die affair for Oshiomhole, which caused him to seek allies within the PDP to continue the battle.

He said, “With the governor’s exit from the APC, Ogbeide Ihama was identified as the right anchor for the fight against the governor in the PDP. One of the strategies was approaching the courts. They have also vowed to explore more options in the coming days.

“Captain Okunbo has also ensured that there is steady supply of funds for the campaign to axe the governor from office. Ogbeide-Ihama has received some tranche of the money. But there is bond to be more people who they would be reaching out to in the next few days. So, expect them to attempt to throw more spanners in the works.”
at June 23, 2020