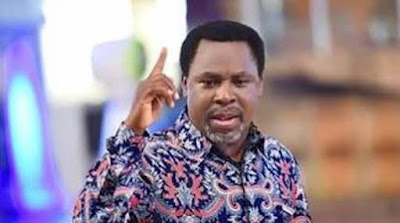 On April 20th 2020, in the course of responding to a question regarding the coronavirus epidemic, Prophet TB Joshua warned of a “retaliation” whilst describing the outbreak “as an error in advanced technology”.


“As I said, I see it as an error in advanced technology,” the Founder of The Synagogue, Church Of All Nations (SCOAN) wrote on Facebook to his over four million followers.

“In the nearest future, expect this kind of error – in retaliation,” he proceeded to cryptically warn.

Since Joshua initially declared coronavirus was the result of “an error in advanced technology” on April 5th 2020, increasing revelations have arisen about the role of Wuhan Institute of Virology in the emergence of the disease.

“World leaders and scientists know what they are doing; that is why they keep promoting fear and panic. They know the gravity of the situation. The whole thing has to do with error in advanced technology,” TB Joshua had stated during an exclusive interview on Emmanuel TV.

US President Donald Trump suggested he had seen evidence coronavirus originated in these Chinese laboratory, confirming this message.

Earlier the US national intelligence director's office said it was still investigating how the virus began.

A second wave of cases has recently hit China’s capital city of Beijing, sparking fears and suggesting linkage with TB Joshua’s proclamation of “retaliation” coming “in the nearest future”.