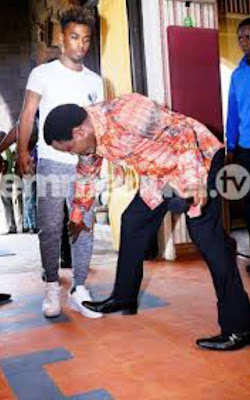 Angel Gomes, the Manchester United youngster who attended TB Joshua’s church in Lagos in 2016 could be set to sign a contract extension with the former Premier League champions.

This has been suggested by manager Ole Gunnar Solksjaer ahead of their Premier League return against Tottenham.


Gomes is out of contract at the end of the month and could leave as a free agent after failing to agree new terms over 18 months of talks. 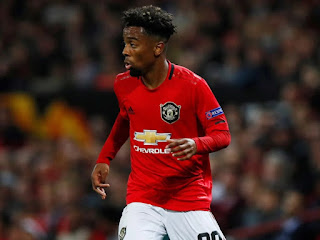 Solskjaer believes the 19-year-old midfielder may well decide to stay but will wish him well if he walks away from the club on June 30.

United play their first game after lockdown at Tottenham on Friday night when Odion Ighalo will be available after extending his loan from Shanghai Shenhua until the end of January 2021, having scored four goals in his first eight games for United.

The news of the Man Utd starlet’s visit to The SCOAN comes shortly after another revelation of Joshua’s ‘prophetic’ involvement in football surfaced.

In March 2020, former Ghana U-20 midfielder, Gladson Awako, revealed that Joshua contributed to Ghana’s 2009 FIFA U-20 world cup triumph in Egypt by offering the team prayers before each game and arranging the order of Ghana’s penalty takers in the final against Brazil.

Ghana became the first African team to win the FIFA U-20 world cup when they beat Brazil 4-3 on penalties after the game ended 1-1 after extra time. Ghana had a man sent off in the 37th minute when Daniel Addo was given his matching orders.

Eleven years since that victory, member of the team, Awako, 31, has revealed TB Joshua predicted would have a man sent off. “During the U-20 World Cup in Egypt 2009, we normally gathered around the centre to pray. The coach usually made us speak to a man on phone. He will put the phone on loud speaker so we could all hear and then pray and do what he says,” Awako revealed in an instagram live chat with YAC Media.

“Most of the things he said came to pass especially the final. He predicted that we will get an early red card and also told us how we will arrange the penalty takers. “All that came to pass. Honestly I didn’t know who it was until we won the cup and they told us the man was TB Joshua.”

Awako currently plays for Ghana Premier League side Great Olympics where he is captain.

Premium Times also reported that the late Stephen Keshi visited T.B Joshua several up in the build-up to winning the 2013 Africa Cup of Nations in South Africa and regularly received prayer and spiritual guidance from him during the tournament.