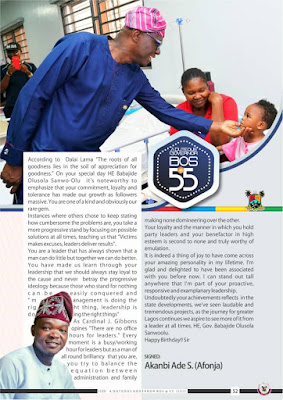 The National Association of Independent Online Media Publishers (NAIOMP) has congratulated the Executive Governor of Lagos State, Mr Babajide Sanwo-Olu on the occasion of his 55 birthday anniversary.


In a statement issued on behalf of the association members, the National President, Mr. Seun Joseph commended Governor Sanwo-Olu for the sterling leadership qualities he has exhibited as the Governor of the number one state in Africa when it comes to business, commerce and trade.

NAIOMP described Sanwo-Olu as a successful business practitioner, an accomplished public servant, committed and patriotic Nigerian, whose commitment to the progress of Lagos State is never in doubt. 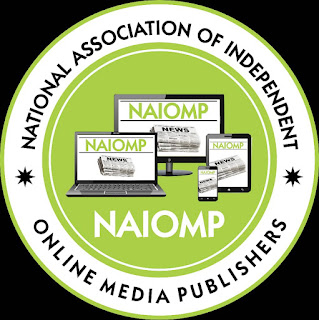 The association appreciated him for his selfless service to the state, noting that Lagos and its people have benefited immensely from his vast knowledge and brilliance, a wealth of experience in public service and leadership qualities.

The foremost independent the association also hailed the Governor for being a faithful and dependable ally of the online media, saying he is doing well to free and fair journalism.

In the same vein, NAIOMP prayed that Almighty God grant Governor Sanwo-Olu, good health, wisdom, and prosperity as he continues to anchor Lagos's vessel.
at June 25, 2020