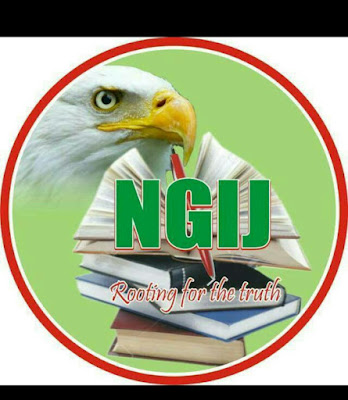 The Nigerian Guild of Investigative Journalists (NGIJ) has dissociates self from a story titled 'UBA in Fake Dollar Scandal as Victim Petitions Police, CBN', noting that, the guild does not sanction the report.


NGIJ in a statement issued by its General Secretary, Abdulrahman Aliagan in Abuja said the story is personal project of two members of the Guild; Oluwasegun Abifarin and Wale Abydeen.

Aliagan pointed out that Wale Abydeen and Oluwasegun Abifarin are currently serving the Guild in acting capacities as President and Chairman Board of Trustee respectively.

He stated that "Any story that is of interest to the Guild is normally being discussed, analysed, investigated and chat ways of pursuing it before approved for publication.

“The UBA story some other stories in the past are neither brought to the knowledge of the Guild nor being discussed or investigated by the Guild.

'' We therefore dissociate the Guild and all its members across the federation from personal activities of the above mentioned names as the name implies Nigerian Guild of Investigative Journalists is bigger, stronger and more interested in pursuing issues of national interest than personal''. The word “Nigerian” mentioned in the Guild’s name has made it not to be an individual property to be used to bring disrepute to the image of the Guild.

The Guild however noted that the duo are journalists as they have every rights to practice their professions without bringing the name of the Guild to bear in their personal activities.

The Guild also warned members from attributing news or investigative reports that does not follow in-house scrutiny and standard guidelines of the NGIJ.

The Guild affirmed its commitment towards rooting for truth as well as exposing corruption and other sharp practices in compliance with international best practices and ethics of journalism.