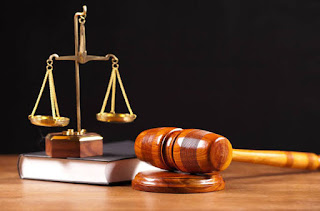 The Federal High Court in Abuja on Tuesday joined the newly elected Chairman of the People’s Democratic Party (PDP) in Ogun State, Hon. Samson Bamgbose and three others as necessary parties in a suit filed by the national leadership of the PDP at the behest of Hon. Ladi Adebutu against the erstwhile Chief Adebayo Dayo-led State Executive Committee of the Party.
News Hub Mag! reports that the other three include; Bimbo Lanre-Balogun, Segun Awoyomi and Mulikat Kusimo.


This move was, however, challenged by Bamgbose and other members of the State Executive Committee who retained Oluyede as their counsel through their counter letters of 31st March, 2020 and 8th April, 2020.
When the matter came up today (Tuesday), Oluyede informed the court that Dayo has been compromised and his intention is to align with the plaintiff to get a judgment that will be favourable to him and the plaintiff, hence he cannot decide who should be the counsel to State Exco; more so, he has been suspended and his term of office has also elapsed.

Chief Adeniyi Odugbesan tried in vain to convince the court on why he should be heard and admitted as the new counsel to the State Exco.


In its ruling, the court granted the application of interested parties seeking to be joined as defendants in the matter (Bamgbose, Lanre-Balogun, Awoyomi and Kusimo) and further held that Oluyede will continue to act as counsel to the Ogun State PDP Exco while Odugbesan will be counsel to Dayo.


Reports gartherd  that with this development, the efforts of Dayo and his cohorts to collude with the Ladi Adebutu group and have a smooth sail by shutting out the Bamgbose-led State Exco has failed woefully.