PDP Will Bounce Back In Edo, Says Imasuangbon

Governorship aspirant of the Peoples Democratic Party, Barr. Kenneth Imasuangbon, has boasted that he would lead the party to bounce back to governance in Edo State.

Imasuangbon, popularly known as 'Rice Man' said he knew the strategy to defeat whomever the ruling All Progressives Congress project as its candidate.

Speaking after submitting his nomination form, Imasuangbon thanked Edo youths, traders and artisans for mobilising N10m for the purchase of the form.

Imasuangbon said he would not forget their sacrifices after electoral victory.

He also tasked leaders of the PDP to ensure the party primaries are free and fair. 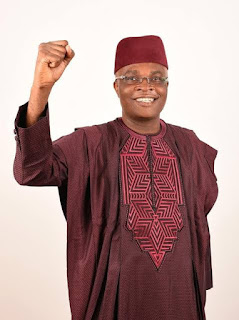 His words, "Today signifies the beginning of the march towards taking over Osadebey avenue in Edo State. I assure you that the days of the APC are numbered in Edo.

"The PDP is winning the election and that can only be done if I win the primaries. There is nothing to worry about that. Edo people know me and what I can do.

"My appeal is for the PDP leadership to be fair and firm. We will not allow past experiences to reoccur. What I demand is a free and fair primaries".

We are here on behalf of the Rice Man to submit his nomination form purchased for him by the artisan, market women and the common men in Edo state who trust in his ability to govern the state well with genuine development and move the state out of poverty”

This is a journey we have been on since the last fifteen years and I see this as the best opportunity for us to rescue the state from the misrule of the APC that have failed the people and I believe strongly that with the people by my side and the grace of God, we shall succeed.
at June 03, 2020