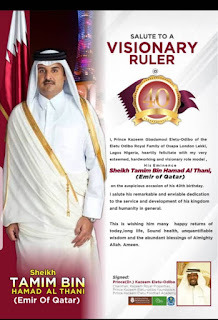 The Prince smashed expectations as he threw mild party at his residence to celebrate The Sheikh, a man he has often referred to as a role model and mentor in philanthropy and exemplary leadership. 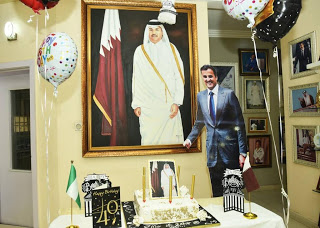 In his words, “I am putting up this birthday celebration for the Sheikh of Qatar, His Royal Highness Tamim Bin Hamad Al Thani, for his tremendous impact. He is a role model and mentor. His Highness is a philanthropist and an exemplary leader. Qatar has an enviable economy today because of the transformational leadership of this genius of a man.”

The model at which PSG football club in France was set up, especially it’s academy has encouraged me to set up such grassroot football academy in my native country, Nigeria. I strongly believe the academy will impact positively on the lives of our youngsters which will ultimately provide a sustainable future engagement for them. 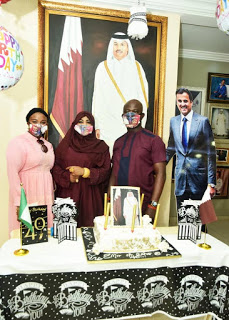 Prince Kazeem Eletu Odibo further described how the impact of the Sheikh’s philanthropic and compassionate heart has caught his attention.

“I have been his ardent fan for a long time now. I read about his heroics in philanthropy. I was thrilled you know, he passionately helps the poor and needy and bring life changing transformation to the people of Qatar. These are just the exact things I do.  The world will be a better place when we can help people. Indeed, the hallmark of success is not how much wealth you accumulate but how many lives have positively transformed.” 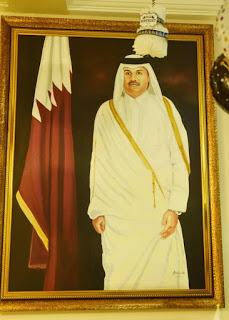 Prince Kazeem Eletu Odibo went on to wish The Monarch a happy birthday and many more years in health, wealth and bigger achievements.

Sheikh Tamim was born in Doha in 1980, the fourth son of Sheikh Hamad. He became the Gulf state's heir apparent in 2003 after his older brother Jasim renounced his claim to the throne. The young Tamim was sent to Britain for his education at Sherborne School in Dorset. Sherborne's only overseas branch now operates in Doha.

After achieving his A-Levels, he followed his father's example by attending the Royal Military Academy in Sandhurst. He graduated in 1998 before being inducted into the Qatari armed forces as a Second Lieutenant. He was appointed deputy commander-in-chief of Qatar's armed forces in 2009. 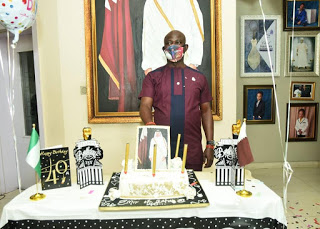 His Eminence Sheikh Tamim Bin Hamad Al Thani is a global icon of peace, an out-spoken, savvy, careful, friendly and pragmatic person. Linguistically, he is fluent in Arabic, English and French.