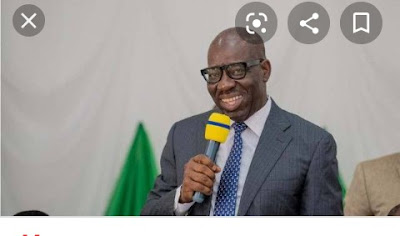 The Urhonigbe Rubber Estate in Orhionmwon Local Government Area of Edo State has created not less than 200 jobs in Urhonigbe Community, as youths in the area have vowed to ensure the re-election of Governor Godwin Obaseki, who they said paved way for the revival of the erstwhile moribund plantation.


A cross-section of youths in the community, who spoke with journalists, said that the Governor Obaseki-led administration has ensured the development of rural communities by aggressively pushing for investment in the agricultural sector, which has led to the revival of plantations and setting up of new ventures across the state.

One of the youths who works in Urhonigbe Rubber Plantation, Imade Johnbull, said that the revival of the plantation is one of the greatest achievements of the governor in Orhionmwon LGA, for which the communities in the council will handsomely reward him with a second term ticket.

According to him, “Governor Obaseki is deserving of a second term because he has earned it. The governor came to the community and commissioned the Urhonigbe Rubber Plantation to be managed by Rubber Estates Nigeria Limited. Ever since, we have seen a spike in jobs for indigenes in the community. The governor was quite instrumental in the revival of the plantation and we are eternally grateful to him.

“Youths in the community are benefiting from the project. More jobs and investments are coming into the community. Our children will benefit from the plantation as well, as it is a long-term investment.

“I must tell you that we have decided that the governor must win the September 19, 2020 governorship election.  So far, the plantation has provided jobs for at least 200 indigenes in the community. They are still employing more persons. We will soon start tapping the rubber trees.”

He noted, “Some persons are saying that the governor is not sharing money. Everybody needs money. But the truth of the matter is that development must come before money. The governor was interested in getting the investors to come down to the community to revive the plantation and put in their money and they did. Today, the community is the better for it.

Another youth, Friday Omozuwa, said the governor has shown that he stands for the development of all parts of the state and has continued to deploy his vast network of investors to get the state working again.

“The investment in the plantation is massive and we are grateful for the effort he has put into this project as we can see the benefits. We are ready to deliver him for a second term. We know the opposition has nothing to offer because all the time they were in power, none of them saw to it that we got such an investment that would empower the youths,” he added.
at July 29, 2020