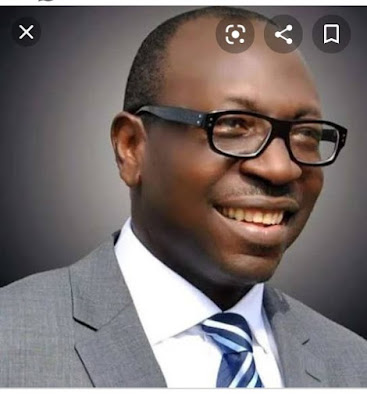 The Special Adviser to the Edo State Governor on Media and Communication Strategy, Mr. Crusoe Osagie, has flayed claims that the government destroyed campaign billboards of the governorship candidate of the All Progressives Congress (APC), Osagie Ize-Iyamu, noting that the allegations are belated antics of a routinely recycled politician who has nothing to offer to Edo people.


In a statement, Osagie said the allegations are ludicrous and unfounded, stating that the tactic is true to Ize-Iyamu’s approach to politics, which has never won him any success in previous elections.

According to him, “Anyone who knows Ize-Iyamu very well knows that this is his approach to politics. He raises the alarm and cries wolf when no one is chasing him. The state government has not removed any of his billboards. This is cheap blackmail to score lame political points.”

He added, “Ize-Iyamu is a politician that assumes relevance during every election cycle. This is what he does for a living and has no other job. It is not surprising to see these statements from him and his team. He should not be taken seriously, and his statements should be disregarded.

“He would go back to his cocoon after he has been defeated at the September 19, 2020 election and would most likely resurface after four years to repeat this cycle. So, we are used to his childish charades.”