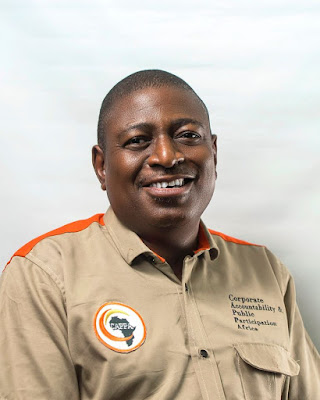 Earlier today wale fatade on his facebook page announces the birth of CAPPA Africa, the finicky writer and editor tell us more about his relationship with akinbode oluwafemi and the new born CAPPA


Yesterday, my friend of almost three decades, Akinbode Oluwafemi, took a bold step. Not one to be afraid, but dithering over the years on what some of us believed should be the next logical step of his career in social justice is another example of why he is Bode. Always putting the interest of others before his, he romanticises self-immolation so much that 'others first' remains his mantra. I mean how many people could turn down job offers with two international NGOs just to continue bringing succour to poor and marginalised people?

But he broke free. He decided to chart a new course. Together with his team, he started Corporate Accountability and Public Participation Africa (CAPPA) not Cappa and D’ Alberto, a new level in social justice movement not just in Nigeria, but in Africa as well.

Formed in the classical furnace of students’ movement of the mid -1980s to early 1990s at the University of Ilorin, Bode continued on the path with a career in journalism. But his heart was set on social justice, fighting for the rights of the oppressed and equitable distribution of resources for all.

It was Bode who will first go and volunteer his time and intellect at NGOs offices early in the morning before resuming at his desk in the afternoon since he was on the sub desk. While some of us limited our involvement in the fight against Abacha to our stories as journalists, my friend was part of the underground movement in the battle against dictatorship with other Nigeria Union of Journalists (NUJ) members. My path and Bode’s first crossed at The Guardian newspapers in 1996 and he used to envy us while we travelled across Nigeria. Now I don’t know the country my friend has not been to, he is one person the appellation ‘widely travelled’ fits so well.

He, however, could not continue with us as the pull became more serious. He resigned in 1999 to join the Environmental Rights Action/Friends of The Earth Nigeria. I remember some of our colleagues, especially seniors, who thought he was crazy. Guardian was the place to be then, but I knew if anybody could make a success of activism, my friend is one. And he has not disappointed. The day I knew he has made it was when I interviewed him for a story to mark World No Tobacco Day in 2000. I quoted the Irele Ekiti  man in a story? That was it and there has been no looking back since then.

Of course his signature crusade was getting a tobacco control bill passed into law which he did together with other advocates. He was also involved in Our Water, Our Rights movement with others, practically forcing the Lagos Government to rescind its decision to criminalise the informal water sector.

Corporate Accountability and Public Participation Africa (CAPPA) works to advance human rights, challenge corporate abuse of our natural resources and build community power for inclusive development and participatory governance. A Pan - African organisation devoted to working with African communities to build partnerships with them towards taking collective social action towards the promotion and defence of the rights of peoples. It challenges the abuse of our natural resources, our environment and our people through corporate and state policies and practices.

CAPPA’s goal is Africa that is free of injustices and inequalities caused by corporations and unfair state structures.

Let’s support my friend and his team as they seek to make Nigeria and Africa better. 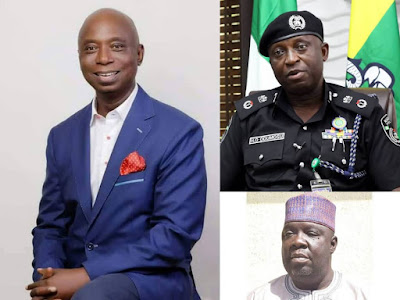