Nonsense, Ofcourse it is Nonsense at  it's peak that in this Century what a city could be proud of : is its Long historical and cultural Background.
Now is not the time to start tracing Ibadan history with its Great heroes(That  doesn't move me anymore) Nor is the time to start Showing off our ancient powerful places- How does that put food in an average Ibadanian belly? 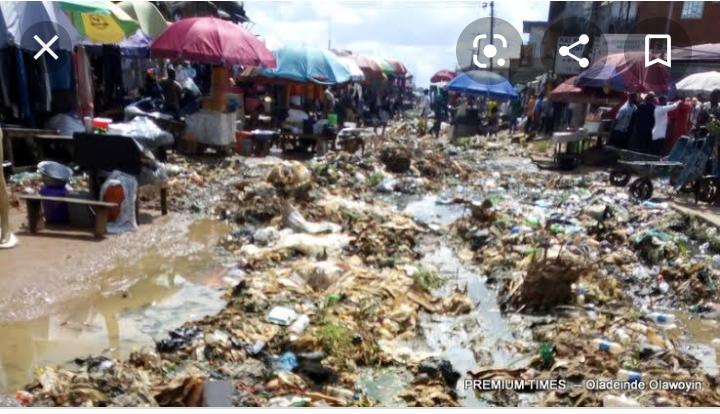 It is no doubt that Ibadan  is Large but contented community that led a simple life with Humility.. We were Free from hunger not because of Good leaders but because of the dexterity of an average Ibadan man. They are happy with whatever job as far as it's bring food on the table ranging from white collar job to black Collar Job(You should understand what falls into this category).

It is Appalling that all the Political leaders in Ibadan in all Respective level deals in the business of the  Pocket(Greediness) than Humanity. Despite Colonizing Oyo State Politics in the name of Population and other Political Permutations better known to the players ,yet No Visible and Viable Development in the city both in Thinking and Infrastructural wisely.
Earlymarriage,Alcoholism,Thuggery ,Dirtiness, Thieves ,Illiteracy ,Ignorance are few of the inherent Features Of Ibadan..What about the incessant Crazy increase in Natality Rate(This is not far from Ignorance on sex) Ibadan People forgot the enjoyment part but opt for the Procreation Part.

Starting from Ibadan Local Government chairmen to State Honourables and those in Federal houses must as a matter of urgency stop taking the Dexterity and Apathetic nature of Ibadan People for Foolishness,If Towns like Ogbomoso ,Oyo and Oke Ogun can Demand accountability From their Representatives ,Why cant the Giant of Oyo state?
This is not too much to ask from a city with Foolish and Ignorance Citizen with Horrible Leaders