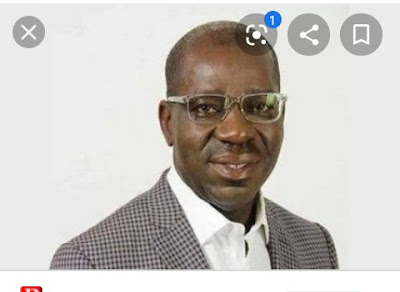 Edo State Governor, Godwin Obaseki appears to have added a new preference to his unkind character traits and it’s called SADISM.
He’s suddenly developed an intentional penchant for delighting in the misfortune of others. And as a political neophyte, spurred only by the irrationality of his infantile choices, his inability to strategically channel his bile, especially for logic-driven results, is quick to expose him and his petty ecstasy.

I suffered a momentary pang of shock recently, when I learnt of the lies being joyfully spread around by the Edo State governor amongst his close-knit allies. The embattled outgoing governor of Edo State has been propounding to his sycophantic cliques, his new theory on why the All Progressives Congress (APC) does not stand a chance in the September 19 governorship election.

According to him, a certain individual from the northern part of the country, who used to assist the ruling party by arranging some dollars from the Central Bank of Nigeria (CBN) is no more, and therefore, the party would be unable to muster enough funds for the election, which automatically leaves him in a position of strength as the incumbent.

How more wicked, satanic and insensate can a character be, all in the name of an ambition? His excitement, when others suffer misfortune is both legendary and incomprehensible. This also underscores why all the good people in Edo State today are standing in a camp different from his.

For eight years, Obaseki headed former Governor Adams Oshiomhole’s economic team and managed the state with him, literally taking the decisions from behind the scene. This, understandably, was the reason Oshiomhole, against all odds, deemed it fit to push him forward as his successor, because not only was he with him for that long, he was in charge of the state’s economy.

No sooner had he assumed office than he started seeking the fall of his benefactor as the national chairman of the APC, aligning with Oshiomhole’s traducers in the party to victimise and denigrate him till he was eventually pushed out of his position as the APC chairman.

But he didn’t stop with Oshiomhole. He’d probably read some puerile laws of power and decided to go after everyone, who contributed to his success, as not just his payback for their good deeds to him, but also to gloat, if misfortune eventually befalls any of them.

This, of course, brings to mind, the speed at which he went after Captain Idahosa Wells Okunbo. Curiously, this started after some people moved to get Okunbo into the governorship race, an overture he expressly turned down.

But on getting this hint, Obaseki went after the retired commercial pilot. Although he did not want Okunbo to run for the position, he never sat with him to solicit his support.  Yet, the only time he made a remark about the governorship to Okunbo was at a reception in Lagos, where he derisively addressed him as “Incoming Governor”, to which Okunbo immediately dispelled and reiterated that he wasn’t interested in the office of the governor.

Coincidentally, as Okunbo narrated recently in a lengthy press statement, on the same day that the reception held in Lagos, the story of a move by the Nigeria Ports Authority against Okunbo’s company, the Secured Anchorage Area (SAA), was published in some of the dailies.

The story had insinuated again that Okunbo was interested in the Edo governorship, even when intelligence had reached the Edo-born businessman and philanthropist that Obaseki was the one behind the rumour.

“As God would have it, while in the company of some friends at the governor’s house in Benin, on one occasion, I confronted him that he was the one behind the attack on my company.  In a bid to defend himself, he put a call through to someone in Lagos and, perhaps, mistakenly left the phone speaker.

“He asked the person at the other end: ‘Why is the MD of NPA worrying Captain?’ and the man replied: ‘Godwin, I thought you said this man was fighting you.  The MD of NPA is fighting your battle for you.’  I quickly told him that I had caught him. On this occasion, I had witnesses and, if further probed, names could be mentioned,” Okunbo narrated.

Okunbo also recalled that, when Obaseki was the chairman of the National Economic Council’s Ad-Hoc Committee on Oil Theft and Pipeline Vandalism, “I got a feeler that a damaging report was going to be written about my company by the Committee.

“I was then given an opportunity to address the Committee on the matter to defend my company and its job.  My defence was excellently delivered, but at the end of the day, when the report came out, it was still damaging even when I had complied with my threshold and responsibilities.

“It is sad that Governor Obaseki has been paranoid about me even before he became governor, for reasons best known to him,” he noted, adding that he had since known that the disagreements “between Comrade Oshiomhole and myself, during his eight years administration in Edo State, were orchestrated from the background by Governor Obaseki.”

Need I say more that, Obaseki is irredeemably evil and sadistic and that ingratitude remains his stock-in-trade? How does anyone situate the video of a colleague-governor, Abdulahi Ganduje, conspicuously placed at a roundabout in Benin, just because he is leading his party’s campaign in September? What joy does it give him?

How do you even start to define the character of a governor, who ordered a crackdown on his people in a campaign period? Do I need to say it more expressly that he lacks wisdom, patience and the perseverance required to occupy his current office? He is simply innately wicked hence his going after all the illustrious sons and daughters of the state.

It’s in Obaseki’s interest to stop looking at the rear mirror of bringing back the untruths about Pastor Osagie Ize-Iyamu, because it helped him to win the 2016 election. He should look at the windshield of the future of what Ize-Iyamu has to offer the Edo people in the next four years and if he must look at the rear mirror, then he should tell us all what he too has done for the Edo people in the last four years, definitely not on power-point presentations of things that have never happened.

The general belief is that he actually has nothing to campaign with and his only escape is to attack the character of his opponent and try to discredit them. Obaseki has nothing to offer Edo and when given the chance in the last four years, all he has done is to impoverish them and sold to them projects only on paper with propaganda and nothing to show on the ground. But he has kept his social media rats busy, promoting paper presentations of his achievements and encouraging them to abuse their elders. Is that the 200,000 jobs he promised the youths?

Well, whoever it was that Obaseki claimed was no more but had always provided financial back-up for the APC through the CBN, it is yet to be seen how Obaseki too would survive the post-office financial scandal that is definitely to come on his trail after the September 19 election. Fingers crossed! 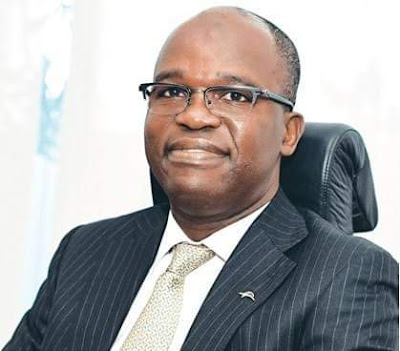