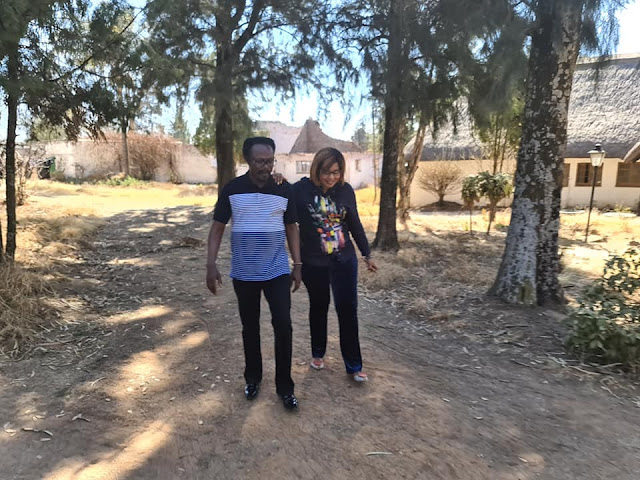 Popular prophet, Brother Joshua Iginla, the general overseer of Champions royal assembly has began work on a massive 100,000-seater capacity of another city of wonders in South Africa, as he has it in his Nigerian church, Abuja.


The internationally revered Prophet visited the site where the building is being erected with his wife, Prophetess Stella Iginla, and some of his team members.

In a post on his facebook page, He also revealed that he was at the city of wonders and prayer mountain in South Africa

‘Maranatha Majestic Generation, indeed God is ever faithful. Yesterday I was at the City of Wonders and Prayer Mountain right here in South Africa, to the Glory of God Almighty.

GOODNEWS!!! Work has began in the City of wonders.The God of wonders who has brought us this far will surely preserve us

City of wonders is a Prophetic name given to Joshua Iginla’s 100,000-seater auditorium in Abuja which was built some years ago.

Interestingly, Joshua Iginla is one of the most philanthropic prophet in Nigeria, having given out cars, houses to the desolate, financial needs to the less privileges, scholarships, placing widows on full time salary, to mention a few.
at August 18, 2020