Obaseki, a Man at War With Himself 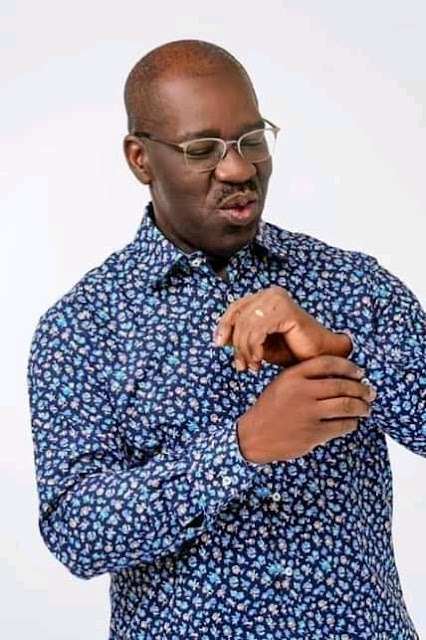 By his actions, Governor Godwin Obaseki of Edo State set up a war against his perceived enemies and yet,
continues to cry foul the loudest. Since the supremacy battle between him and his predecessor and former National Chairman of the All Progressives Congress (APC), Comrade Adams Oshiohmole, there had been series of assumptions, presumptions and conclusions, most of which were not even verifiable.

One very common belief is that Oshiohmole wanted to play the godfather role and apparently understanding the negative implications of such portrayal, Governor Obaseki played to the gallery, alleging that the friction between him and his benefactor was because he denied him the opportunity becoming a godfather. He mentioned it again during his campaign in Etsako.

In one of his press statements released by his special adviser on media and communication strategy, Crusoe Osagie, the governor categorically said: “In 2016 when Oshiomhole nominated and supported Obaseki, his hidden motive was to use Governor Obaseki, whom he thought would be a pawn in his game to defraud Edo people and enthrone himself as the ultimate godfather of Edo politics at the expense of the will and wishes of Edo people,” he said.
According to him, “However, Obaseki’s refusal to mortgage the interest of the majority of Edo people for the satisfaction of Oshiomhole and his handful of greedy followers is the cause of Oshiomhole’s bitterness, which has led him to bury himself in pursuit of an innocent governor, who is trying to do the right thing for his people.”
Not only has Oshiohmole repeatedly denied the insinuation, reliable sources close to the duo do not agree with Obaseki. For those who understood how it all started, the governor does not understand the game of politics, lacks the skills of give and take and does not listen to good advices, irrespective of where it is coming from.

The horse-trading, give-and-take and promises that gave birth to his emergence as a governor were contracted by those who backed his first term in office but after attaining the reins of power, it was easy for the governor to dump all those, who shelved their ambitions for his and worked for his success at the election.

As soon as he began governance, he quickly commenced a well-planned war against the political class, specifically against Oshiohmole and his loyalists while at the same time, claimed he was a technocrat and does not have room for politicking.

Obaseki, in his bid to take total control of the system and the political structure, started out by engaging in a fierce underneath battle over who produced candidates into the state House of Assembly. Recall that the first primary election organised by the national body of the APC was cancelled and a new one ordered.

According to inside sources, “Governor Obaseki’s adamant nature and refusal to give peace a chance won him many enemies and he himself knows it. He fears he might not be having the support of the kingdom, because many of those he attacked had reported him to the kingdom.”