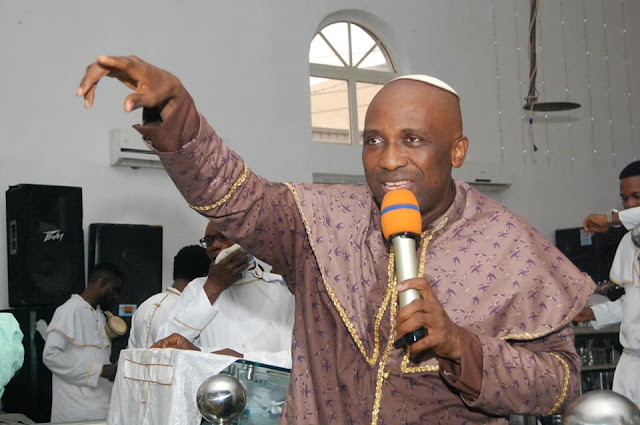 In what seems to be the most fearful prophecy of the year, Primate Elijah Ayodele,
the leader of INRI Evangelical spiritual church has called on the attention of the governor of Imo state, Hope Uzodinma to get prepared for a tough time as he made it known that He sees the supreme court judgment that made him Governor of the state being reviewed and reversed.

He explained that he doesn’t know how it will happen but the governor needs to act immediately to prevent the unthinkable from happening.
‘’ There will be a review of the Supreme Court judgment that put Hope Uzodimna as Imo governor. He must not relent so that he will not see challenges.
I don’t know how it will happen but that is what I saw. I saw the judgment being challenged, reviewed and reversed.
Hope Uzodinma should be careful because something funny may happen. He should get prepared for review of the Supreme Court judgment’’
It would be recalled that Governor Hope Uzodinma was declared as winner of Imo state election by the Supreme Court after Emeka Ihedioha of the People Democratic Party (PDP) was sacked by the same court.
Primate Elijah Ayodele has been a major voice in the political affairs of nations, giving spiritual guidance and directions to leaders of nations.
He has been described as the most accurate prophet in Africa by many judging by the bulk of his prophecies and warnings that have come to pass.