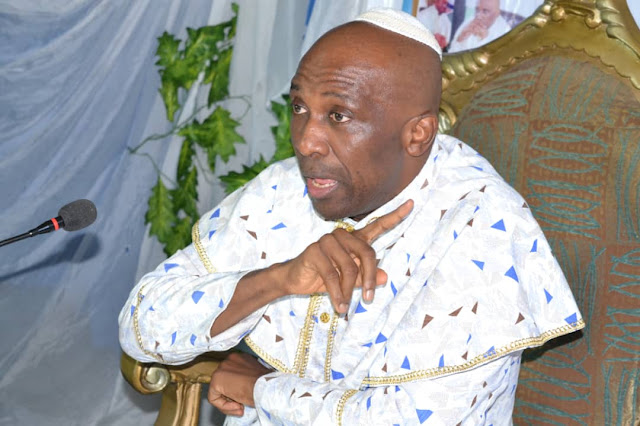 The leader of INRI Evangelical Spiritual Church, Primate Elijah Ayodele has warned the national leader of the All Progressive Congress (APC), Asiwaju Bola Ahmed Tinubu after indications have revealed that the astute politician is nursing a presidential ambition come 2023.


Primate Ayodele warned that Tinubu should focus and pray for his health not to crumble before 2023 instead of focusing more on his ambition.
Primate Ayodele, who earlier prophesied that Tinubu will be betrayed by the Presidency further noted that Nigeria’s President, Muhammadu Buhari won’t give enough support for the APC National leader in realization of his presidential ambition.
‘‘Tinubu should take care of his health before his ambition for President, his health might crumble, who says his health will still be standing by 2023. He has not done the right thing.
Also, Buhari will dump Tinubu, he won’t support his course, Buhari won’t give enough moral and physical support’’
Primate Elijah Ayodele over the years has been known for giving accurate prophecies. Few days ago, He  lauched a compendium of over 10,000 fulfilled prophecies that captures all nations and leaders of the world. Also, He released an annual book of prophecy titled ‘Warning To The Nations’ (2020/2021 edition).