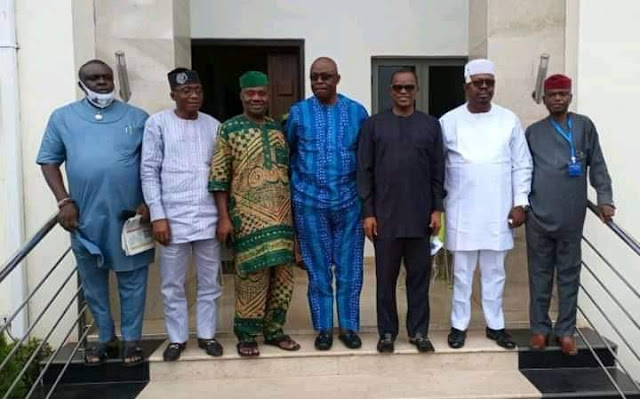 The PDP aspirants during a Strategic meeting at Jegede's  Residence in Akure, expressed their readiness to work for the success of the party and its candidate in the October 10 governorship election.


The spokesman of Eyitayo Jegede Campaign Organisation, Mr. Gbenga Akinmoyo, confirmed that the aspirants met and agreed to work together for the victory of the party in the forthcoming polls.

Akinmoyo denied the rumour that Jegede's emergence as PDP candidate for Ondo 2020 has polarised the party the state.

He however noted that the party is united more than ever before.

The PDP aspirants disclosed that they will work on other aspirants to work for Jegede, just as they vowed to convince their supporters to vote for him.

Meanwhile, the governor of Oyo state, Engr. Seyi Makinde had on Thursday night met with the former governor of Ondo State Dr. Olusegun Mimiko plead for his support for the PDP governorship candidate.
at August 08, 2020