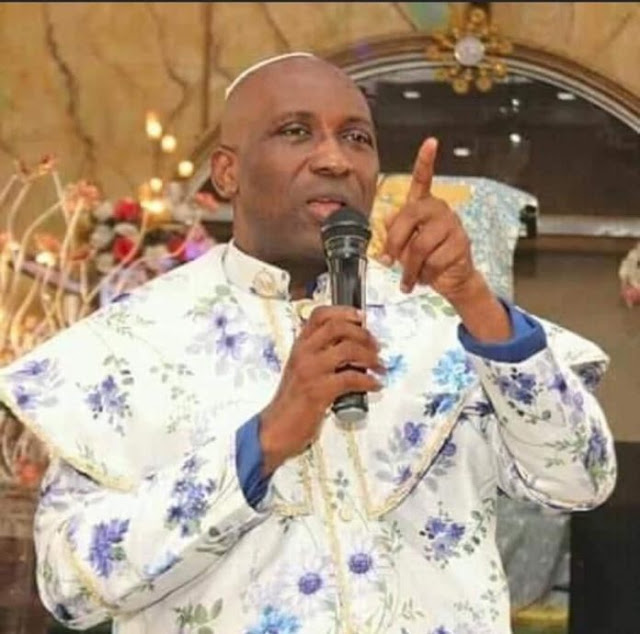 The leader of INRI Evangelical spiritual church, Primate Elijah Ayodele is currently being regarded as an ‘Oracle’ after his lone prophecy on the outcome of Edo governorship election came to pass.


Primate Ayodele months ago was the only Nigerian prophet that said Governor Obaseki will emerge the governor despite the fact that he has decamped to the People democratic party (PDP) from the All Progressive Congress.
‘Without mincing words, this is what the lord said, Obaseki should be focused, do all the needful things, Obaseki will win, not Ize Iyamu , excepts APC rigs and anyone who rigs will die, just as I said Covid-19 will kill those who corrupted Nigeria.
Obaseki shouldn’t be afraid of people leaving him, He just needs to stay focused.
Edo election is more than what anyone can stop, Edo election is for PDP, God wants to fight for Obaseki, I have never met him or collected any kobo from him, if I have, let him come out and disgrace me, I am talking as a Prophet.’’
Just few weeks before the election, Primate Ayodele released a last warning ahead of the edo election and categorically asked Obasek to work against any form of manipulation in the election, in order for him to remain victorious
‘People are supporting Obaseki but those people might not vote, He needs to be rugged else he will be eased out, if he takes any simplicity method, He will lose out.
There will be manipulations in the election, if he isn’t careful, his victory will be given to someone else, even if he appeals the case, he won’t be given, he must not allow manipulations in the election, if he loses, He will be forever irrelevant in politics.
They have already prepared the manipulation process to ease him out, he shouldn’t be carried away by the crowd he sees at the moment, He needs to work against the manipulation technically and pack his arsenal together to battle against APC and Ize Iyamu
If he wins, he will become a hero and send away godfatherism in Nigeria. He needs to listen to advice, either the one he fees is useful or not, Ize-Iyamu cannot win Edo election, except through serious manipulation’’
True to his words, according to election results declared by INEC, Obaseki won 13 local governments in Edo, leaving Ize-Iyamu with just five.  Obaseki polled a total of 307,955 votes while Ize-Iyamu polled 223,619 votes
Primate Ayodele has been prophesying on Edo state, Godwin Obaseki, and Adams Oshiomhole since 2019. During the release of his 2019 prophecies, Primate Ayodele made it known that he sees trouble between Obaseki and Adams Oshiomhole towards his second term ambition. This was long before any issue arose between them.
As if that wasn’t enough, Primate Ayodele revealed in March that Godwin Obaseki will be eased out of APC by Adams Oshiomhole but that the election will cost APC a lot.
‘’Edo primaries will cost APC a lot, if care isn’t taken, If anyone enters they cant have peace. Obaseki should restrategize, they want to fight each other to the last. Oshiomhole is hell bent to destroy Obaseki’s career. There will be two results after the primaries and both parties will blackmail each other till the last.
My advice to Obaseki is that he should restrategize, involve God into it, intensify in prayers but as a matter of fact, Oshiomhole has eased Obaseki out of the game. He will use all avenues to get him out. He must use all means or else he will be chicken out. He should make a better consultation with his group and God’’
He had earlier warned Adams Oshiomhole against fighting Godwin Obaseki else He might not see 2023 as the national chairman of the All Progressive Congress
‘’ If Ize Iyamu wins, Edo state will be worse that it is presently, he is not ordained to be governor but wants to be forced on the people of Edo state. , if they mistakenly put Ize iyamu, he should know that this isn’t church, something will come around. If Oshiomhole isn’t careful, he will not see 2023 as the national chairman of APC
Adams should stop fighting God’s project, he is fighting unnecessarily, he can’t win this battle, leave Obaseki alone’’
at September 20, 2020