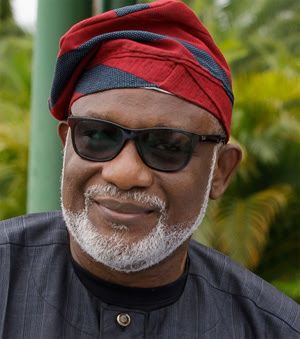 The leader of INRI Evangelical spiritual church, Primate Ayodele has released a shocker and a warning to the All Progressive Congress (APC) and its candidate, Rotimi Akeredolu ahead of the Ondo gubernatorial election set to take place on October 10, 2020.

Primate Ayodele, whose prophecies on affairs on nations and states have always come to pass has said that Rotimi Akeredolu will not win the election except through manipulations and technicality.

He made it known that He sees that the People of Ondo state have rejected Rotimi Akeredolu and his opponents in the coming election are out to beat him.

‘‘Rotimi Akeredolu will not win Ondo election except through manipulations and technicality, He must not underrate anybody, the candidate of the PDP, Eyitayo Jegede and ZLP, Agboola Ajayi are out to beat him. He needs to be careful because he will be betrayed, there are moles in his camp.

The people of Ondo state have rejected Akeredolu, no matter the crowd he has now, they won’t give him victory except he manipulate.

He should wake up, strategize and right his wrongs if he wants to win or else, He will lose gallantly except through manipulations’’

Meanwhile, now that the Oracle Of God has spoken on the fate of Rotimi Akeredolu, Who will finally emerge the winner?