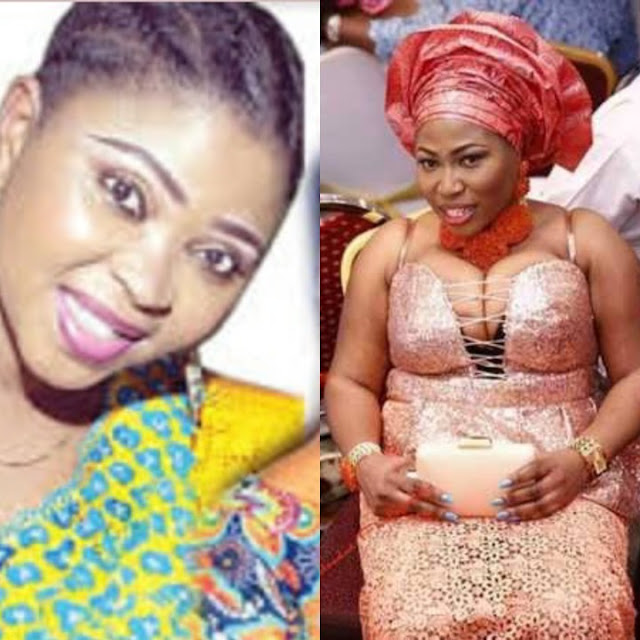 Nollywood actress, Funmi Lawal, who accused the general overseer of the Celestial Church of Christ (Genesis Model Parish), Prophet Israel Oladele Ogundipe, of duping her of the sum of N2m, has reportedly recanted the allegation.


At Igbosere Magistrate court today Funmi Lawal was supposed to appear in court having been arrested by police over false accusation of fraud against Popular Celestial pastor and founder of Genesis Model Parish, Israel Ogundipe.


Meanwhile, we learnt that during interrogation at Alagbon Police station the popular Yoruba actress has confessed that the popular Celestial pastor of Genesis Model Parish, Israel Ogundipe did not collect any money her. She said she was only out to blackmail the pastor.


She made this statement to the police at Alagbon Police having been arrested and accused of a defamation of character of the said man of God.


It was in the news recently when Funmi Lawal accused the man of God of defrauding her of a sum of two million naira under the pretense of getting her a landed property.
The issue was reported to police and the thespian was arrested and it was during interrogation that she confessed it was all blackmail that the man of God didn’t collect any money from her.


The case has been charged to court at Igbosere Magistrate court, meanwhile a close source to the man of God, said Dele Ogunundipe might forgive the lady being a man of God and since she has confessed to the police, Genesis may act like Jesus and let it slide once the public is aware now that it was all lies to pull him down.


The source added that, Dele Ogundipe has never met the actress in his life and it was confusing when the news filtered out and a quick measure was taken by inviting the police to look into the case.


It could be recalled that of recent, the man of God has suffered different accusation and this was what prompted him to seek for legal means to fight to save his integrity.
at September 10, 2020