WHAT HAS OONI DONE WRONGLY BY GREETING TINUBU? 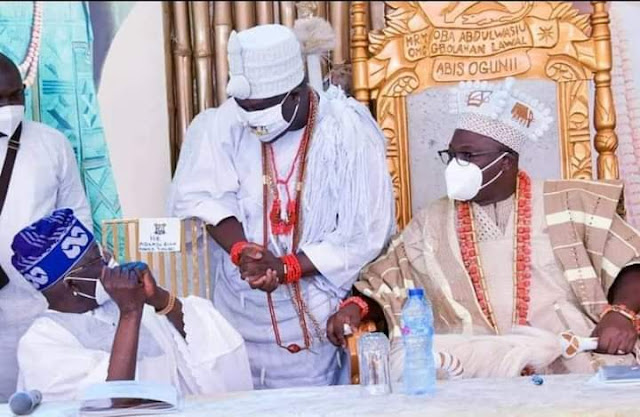 Empowered by a right to my opinion on any matter of public interest as constitutionally guaranteed and morally justified, I herein express my take on this viral picture sadly misinterpreted by millions ofconcerned Nigerians, descendants of Oduduwa in particular, to mean that the Ooni of Ife, Arole Oduduwa Olofin Adimula, Ooni Adeyeye Enitan Ogunwusi, Ojaja II had during an event left his seat to greet Asiwaju of Lagos, Senator Bola Ahmed Tinubu in a manner which they have found unacceptable. 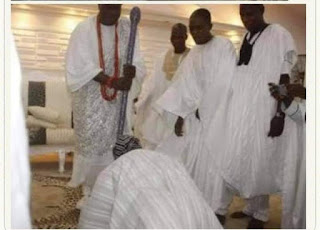 Even though It is not in the style of the Palace of The Ooni of Ife(Ile Oodua) or that Baba Ooni himself to formally respond to or make official statements on issues like this, but the inundation of public reactions has necessitated a non-official personal presentation of the true account from me. This I have to do not in my official capacity but as a stakeholder/public affairs analyst only with a view to assuaging the sad feelings of the millions of Nigerians who have expressed dissatisfactions based on the inexplicit picture.

While I am in appreciation of your genuine outbursts(out of love) following your quick interpretation of the inexplicit picture, the video released by Face TV Africa and herein attached has thus revealed that Kabiyesi never left his seat to go and greet Asiwaju Tinubu or anybody as ostensibly judged.

Baba Ooni on Sunday arrived venue of the coronation ceremony of the new Oniru of Iru in Lagos state, HRM, Oba Gbolahan LAWAL while Lagos Deputy Governor, Dr Femi Hamzat was making his speech on behalf of the Governor, Mr Babajide Sanwoolu. the Deputy Governor as a mark of honor paused to allow the Arole Oduduwa ushered to the hightable where his seat had been reserved.

Right there on the hightable, some dignitaries including the business mogul, Alhaji Razak Okoya had already stood to welcome Baba Ooni along the way, and in his characteristic humility, he started greeting everyone on the hightable while he walked quickly to take his reserved seat which was two seats after Tinubu's.  Should he have ignored Tinubu?

Let me emphasize against the wrong notion that Kabiyesi left his seat to stand greeting Asiwaju Tinubu who had remained seated. He came in, greeted people along the way to his seat in his characteristic humility and people seated on the high table including Asiwaju also acknowledged and greeted Kabiyesi different ways they chose to do it.

Reciprocated or not, humility is key in the strength of the Ooni Ogunwusi's leadership style which he has vowed to exhibit for as long as he exists on this earth. He came ftom a humble background having been born of and raised by humble parents, he ascended the sacred throne of Oduduwa humbly and he will forever manage the throne very humbly.

This is not a press release from the Palace of The Ooni of Ife(Ile Oodua) but my personal intervention as a stakeholding descendant of Oduduwa, progenitor of our race.

Thank you and God bless as I apologize to those of you who may be offended by this piece.

What has Ooni done wrongly by greeting Tinubu?