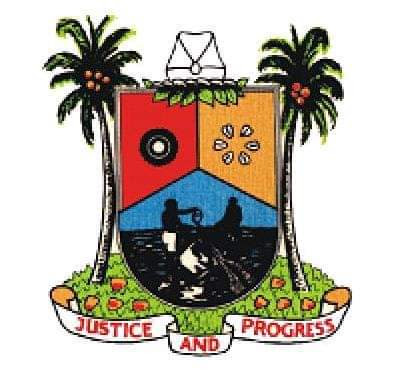 In a special interview with The Special Adviser on Education to the Lagos State Governor, Mr Tokunbo Wahab revealed that unions in the state’s tertiary institutions should not interfere in the issue of subvention to the schools

Why did the state government  have  to wait for workers in its  tertiary institutions to go on strike before approving the minimum wage for them?

There are two issues here; the issue of minimum wage, which is a statutory obligation from an employer to an  employee and the issue of the N450m, which is their subvention like every other MDA. Mr Governor has signed the new minimum wage into law. Currently, those in the civil service are enjoying the benefits. So, we are saying that other MDAs like the Lagos State University, Adeniran Ogunsanya College of Education, Michael Otedola College of Primary Education and the Lagos State Polytechnic ought to also benefit from it. Mr Governor has graciously given the go ahead for the implementation of the minimum wage for our tertiary institutions from October 2020.

What is your take on the protest that took place on Monday?

Now, the issue on Monday (last week) was unfortunate.  The unions came with a list of demands some months back. On the list were some demands, which included  giving  them a governing council, infrastructure and that we should put some (other) things in place for them. Now, let’s look at the things on that list. The governing council was inaugurated last month by Mr Governor and it has barely spent three weeks. Mr Governor has also ensured that some of the abandoned infrastructure in LASU have been completed.  They have moved into their Senate building and are wrapping up the construction of the Lagos Business Management faculty. The contractors are  back on site.

The issue of N450m subvention that they are claiming is not enough is not an issue for the unions. It is an issue for the state government and the management of LASU. The governing council will look at it appropriately and deal with it.

Are you saying it was a misplacement of priority on the part of the unions to say that the N450m was not enough for the school?

Technically, the issue of subvention is between the government and its MDAs. Subventions are grants. Minimum wage is a clearly different matter.The management of the school, the governing council and the state, which owns the institution, are looking at this issue of subvention and at the appropriate time, we will take a position on it. But the issue of minimum wage has been agreed on. It is not a privilege. It is a right of the workers. It is a law and it has been signed.  We are implementing it.

So, can we then say that the government did not clearly pass the message across to the unions or the institution, that the minimum wage would be paid?

The unions, in my view, saw an opportunity and use an opportune time for their action and I say that with due respect to them. Do I agree with the actions they carried out on Monday? I will say no for several reasons. They have a right to go on a strike, but the labour law provides the statutory steps to be taken and the statutory notice that must be given to the employer. You must serve a 21-day notice; you must serve a 14-day notice; and you must serve a seven-day notice. These things were not done. However, we understand. They chose the most opportune time to do what they wanted to do though it was needless. We would have still granted them their request for minimum wage (even without the action).

They were saying the subvention would not be enough to pay the new minimum wage, now that the minimum wage issue has been sorted, that means they cannot request an increment in subvention again, because that was what some of them were clamouring for.

Nevertheless, I thank God that we have moved past that. I thank Mr Governor for his swift reaction to the issue. I thank the House of Assembly, the Head of the Civil Service and everyone. At the end of the day, it was the table of negotiation that we came back to and I am glad that we have resolved the issue of minimum wage.

What is left is the issue of subvention which is not a union matter and I stand to be contradicted by anyone. Subventions are grants. We have four main institutions that collect subvention from us. LASU collects the highest of N450m. Lagos State Polytechnic collects about N210m monthly; and AOCOED collects the same amount as subvention. These are public documents; it is not about me saying it. The MOCOPED collects N125m as subvention monthly.

Have these institutions been collecting these monthly subventions since the inception of the administration of Governor Babajide Sanwo-Olu?

Yes, in fact the governor increased the of the MOCOPED from N120m to N125m; he increased AOCOED’s from N200m to N210m. The government also gave them a bailout last year; MOCOPED got N200m and AOCOED was given N350m. These are figures you could confirm from them. You may wish to call their provosts and crosscheck these facts. The governor has approved a befitting administrative building for the Lagos State Polytechnic and the contractors are on site. I can speak for a fact that LASU has a 8,272-bed space world-class hostel; the contractors are on site there. So, when you talk about infrastructure, they are not things you put in place overnight.

We had deficits through the years and the governor has barely spent a year and a half. In this one year and a half, about six months have been lost to COVID-19. LASU has moved into a befitting Senate building, you can go and find out. For the Adeniran Ogunsanya College of Education, the contractors are back on site with respect to the administrative building, which had been abandoned for years; you can go find out. I am not reeling out facts and figures; I am giving you reality.

The unions do have a right to go on strike, but they should also understand that the timing was not right. If you served me a list of demands and I have ticked all the boxes but one, it shows that I have shown good faith and that was why when they had the meeting, they saw reasons and I am glad they called it off. Also, we were at the House of Assembly and the House Committee on Education listened. We are going to pay the new minimum wage. It is a right, because it has been signed into the law by the governor.

What more do you expect from the unions?

The governor has shown magnanimity of heart by giving bailout to support these institutions. The least they could do is tell the world that this is the true picture and acknowledge the efforts of the governor. For example, the minimum wage issue has been agreed on and by the grace of God, we will start implementing it by October 2020.

The issue of subvention is not their terrain; they can’t dabble into it because a lot of issues will be generated from that narrative. By the time we start talking about subvention, the narrative will change. And we have said to them that they should generate ideas and let us see the books. It is a very bitter truth but we must say it. They went to the media to say that the governor owed them salaries, but did the governor actually owe them? No. If they are saying they are demanding the implementation of the new minimum wage,  it would have been a different narrative entirely. So, kindly help correct this narrative that it is not about salary, it is about the minimum wage implementation, which will start in October.

From the statement on the protest day, you said the government was not looking into the Internally generated revenue of LASU. Why is this so?

When the law created them, they were given autonomy to allow them to run. However, to whom much is given, much more is expected. We have now directed all our tertiary institutions that their revenue collection process will now be seamlessly handled and we want to see how much they generate. That is now part of the process that we are putting in place, so that there can be checks and balances, accountability and transparency. They will still have their autonomy.  It is their money but let us see what comes in. So, that also comes into the narrative of increase in subvention and how much the quantum should be.

Did you say that the government would now start looking into the IGRs of the state’s tertiary institutions?

For the IGR, going forward, the government will want to see what they generate internally. It is just for the sake of transparency.  It is their money and it goes to them; it is not our (government’s)  money at all. We just want to see what they generate to also show justification for whatever they are claiming from the state., so we will know how to give them leverage. You know this narrative is like that of the father and the son. You give your son certain money over the years, it gets to a stage in life where you believe your son is now an adult and should begin to fend for himself; that is the narrative.

It is a narrative we must handle and put in proper perspective. We are not throwing them away; we are not denying the fact that the state owns them. However, we want them to show transparency, while we are supporting them. Don’t forget that COVID-19 has disrupted the global financial system; it has shown us the new normal, so we must also show understanding in whatever we do.

At AOCOED, when the House committee visited the school last Friday to check its readiness for resumption, it was found that the school environment was unkempt and dusty. What could have happened?