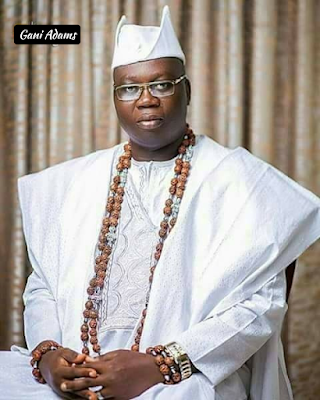 Sunday, October 18, 2020 President Mohammadu Buhari has been asked not to use soldiers to forcefully stop the #ENDSARs protests that have gripped more than 20 states in the country.

In a letter despatched to the President on Sunday Aare Ona Kakanfo of Yorubaland Iba Gani Adams asked the President to enter into constructive dialogue with the protesters.

"I can't imagine soldiers being sent to stop protests. Soldiers are to fight external aggression. We are dealing with peaceful protesters. It is wrong to give the impression that Nigeria is at war with her citizens. We must do everything to promote and defend democratic culture" Iba Gani Adams said

Adams also urged the protesters to ensure the process is not hijacked by violent and recalcitrant people.

He said using soldiers to quell protests by civilians have already been declared illegal by a Federal High Court in July 2020.

"The protests have been largely peaceful. The resort to violence by a section of the protesters is condemnable. It is uncalled for. Violence seeks veangace and creates wounds which scars never heal. Violence diminishes critical thinking, undermines democracy and destroys any noble

intention of the protesters. It also questions the quality of those behind the protests. On the other hand, adoption of a violent  response by the state should never be considered an option.,

Adams urged President Buhari to see the protest as a form of resistance against systemic failure, corruption, economic and political exclusion and above all incompetence at all levels

"The police should not just be reformed, it should be transformed. This is the time for you to work with the National Assembly to establish state and community policing system in line with the fundamental principles of Federalism. You have a golden opportunity to do this. Go ahead and take the bull by the horn and save Nigerian from the potential of horrendous evil of a garrison state" Adams said